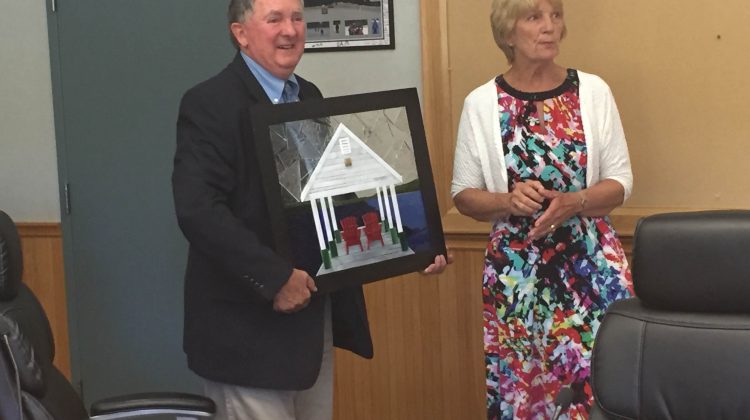 The Township of Lake of Bays celebrated the end of a term for one council member.

In April, it was announced Virginia Burgess of Sinclair-Finlayson would immediately resign from her position. During the regular council meeting, Burgess was at the office and received appreciation from staff members and residents.

Lake of Bays Mayor Bob Young says she is a wonderful person and will be missed.

Burgess was given a painting of two Muskoka Chairs sitting on the Dwight Public Dock.

Next Tuesday, the township will hold a special council meeting to announce the newest council member.