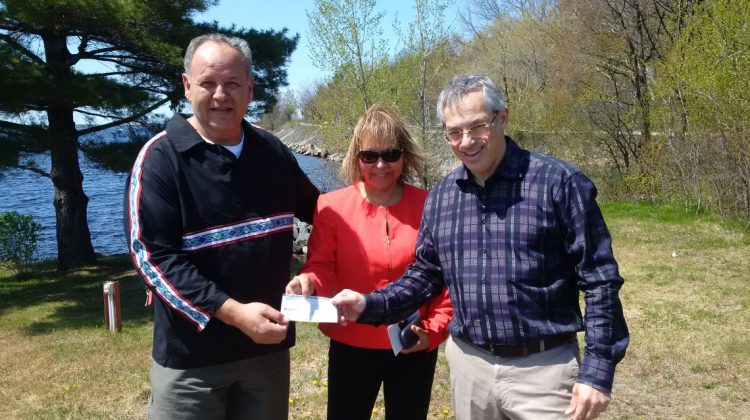 The sculpture of WWI hero Francis Pegahmagabow has received another big donation.  On Friday, Parry Sound-Muskoka MP Tony Clement presented a $5,000 cheque as part of the proceeds from his annual Charity Golf Classic to help fund a life-size bronze sculpture of Pegahmagabow.  Clement says it is an honour for me to announce this funding, which will help spread the story of this great First Nations leader and Canadian hero.  He says it is important that Canadians be provided with reminders of the significant role of the First Nations in the First World War, and highlight the unparalleled bravery of Mr. Pegahmagabow.  The sculpture is set to be unveiled this summer beside the Stockey Center in Parry Sound on June 21st.