Youngest Bracebridge mayor reports on his day to council 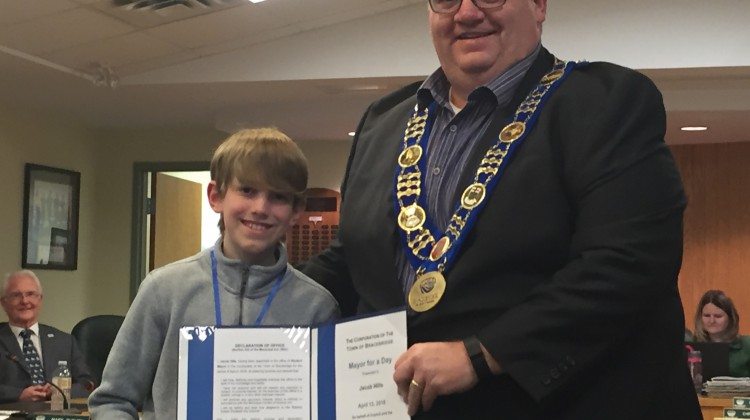 From office work, meeting with town staff, inspecting fire trucks to even eating a giant sandwich, it was a busy day for the youngest Mayor of Bracebridge.

On April 4th, 11-year-old Jacob Hills go to experience this and more under his position as Mayor for a Day.

Hills says he learned a lot from his experience.

During council on Wednesday, Hills gave a full report to council about his day and was treated to some final parting gifts.

On top of receiving a declaration of his actual position as Mayor of Bracebridge for a day, Hills was also given a certificate naming him an honorary former district councillor.

Hills won his Mayor for a Day position in an auction at Macaulay Public School.