Police confirm one person dead in vehicle fire on Highway 11 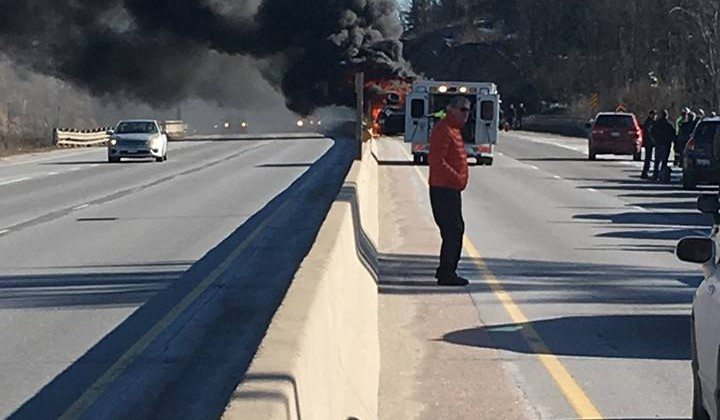 A man is dead following a collision on Highway 11 near Severn Bridge.

On Saturday afternoon, police were called to the scene at the Southwood exit where two vehicles had collided.

Both vehicles caught fire and within the hour emergency crews had both fires under control.

Bracebridge OPP has confirmed today, the driver and sole occupant of one of the vehicles was killed in the incident.

Police report that five people in another vehicle were injured and taken to hospital.

The southbound lane of Highway 11 was shut down most of Saturday evening, while police investigated the cause of the collision.

Officers are withholding the name of the driver until his family has been notified.