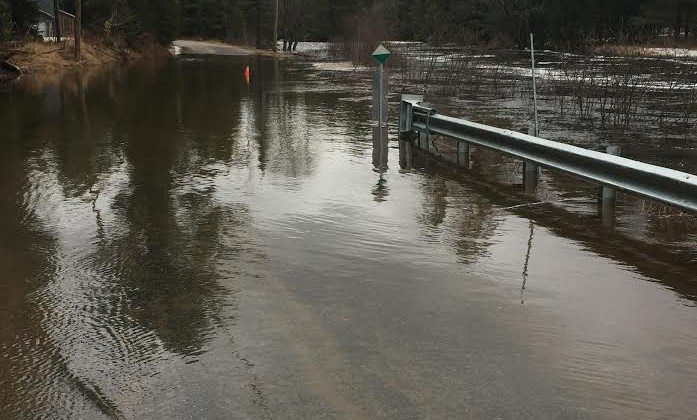 Roads are open once again and the water is pulling back from properties around Bracebridge.

Following a few days of flooded roads and tense moments for some residents, things seem to be getting back to normal.

Schmid says Muskoka River has peaked and is starting to get back to normal levels as well.

While there is a fairly significant snowfall on the way, Schmid doesn’t believe it will have a large impact on water levels moving forward.

Meanwhile in Gravenhurst, Black River is causing some issues on Cooper’s Falls Road having crested at a few portions, according to town staff.

Sandbags are available still in Bracebridge at Fowler Construction and in Gravenhurst at Crawford Road Public Works Shop and Joseph Place Road cul-de-sac.