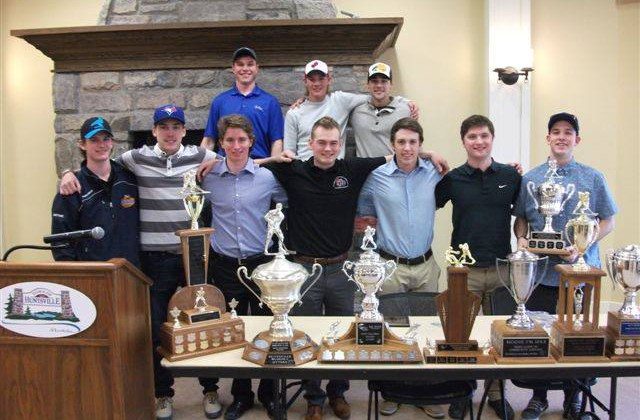 Several players with the Huntsville Otters were handed some hardware at their year-end banquet.

On Friday, the team held their banquet at the Active Living Centre where award winners included Jake MacIntyre receiving the MVP, Andy Baker receives leading scorer and Rookie of the Year, Most Improved Forward was given to Tyler Kalbe and Most Improved Defenceman was given to Dalton McEachran.

The team also announces that Jay Dix will not be back with the team after four years of being in an Otters uniform.