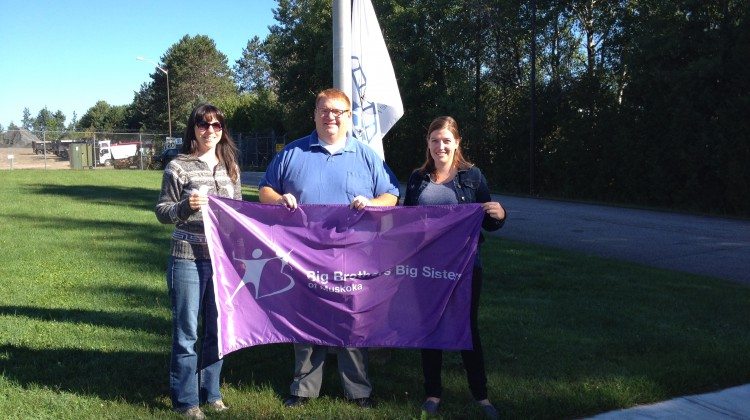 Photo Credit: Submitted by the Town of Bracebridge
A flag has been raised in honour of Big Brothers Big Sisters in Bracebridge.
During a special ceremony, Mayor Smith joined Rebecca Paul to raise the flag outside the municipal office.
Smith says he was happy to be involved in recognizing this important organization.
The entire month has been named after the organization to recognize the work it does.
There are many events set up to help raise funds and celebrate Big Brothers Big Sisters.