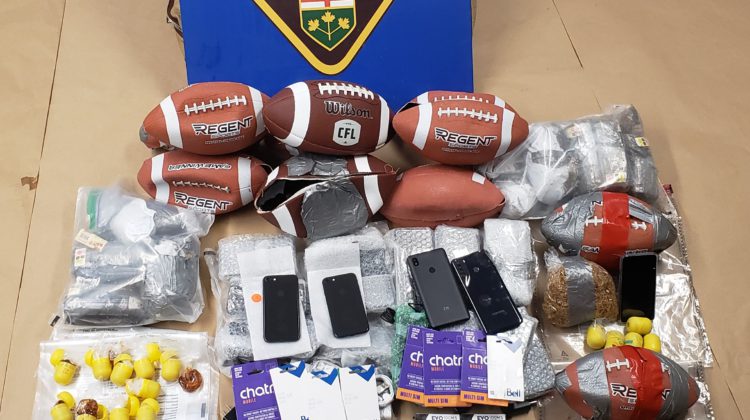 Constable Samantha Bigley says officers were tipped off by staff at the facility.

Police seized tobacco, drugs, cell phones and accessories, and “cutting weapons.” The estimated value of the items is $563,950.

Bigley says officers arrived around 4 AM on November 22nd and found two people walking across the street from the prison. A 21-year-old and 15-year-old, both from Hamilton, were later arrested and charged with two counts of delivering contraband to an inmate, distributing dried cannabis, and possession for the purpose of distributing.

The two are due in court next year.