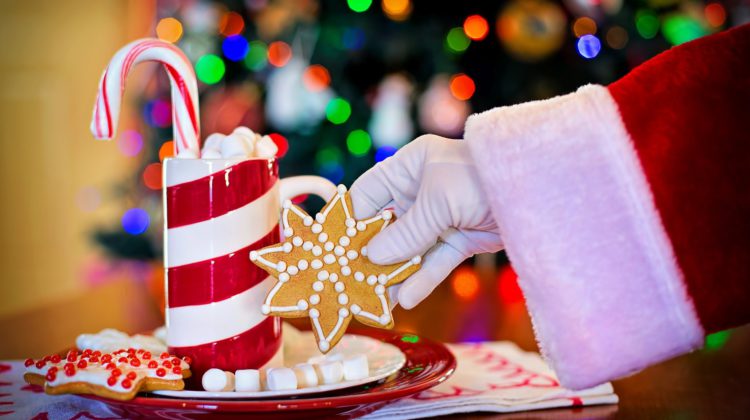 Who knew Santa Claus was so into science?

Science North’s Great Northern Ontario Roadshow will be hosted at the Muskoka Steamships and Discovery Centre on November 27th. It’s part of a collaboration with the Gravenhurst Chamber of Commerce that will see Santa Claus join the festivities in lieu of the traditional Christmas parade.

The chamber’s Marketing and Sponsorship Lead Leila Nasr-Sharifi tells the MyMuskokaNow.com newsroom it will be in a controlled environment but kids (and adults) will be allowed to snap a picture with St. Nick and tell him what’s on their Christmas list.

The show will also feature science-based activities, interactive exhibits and live music. Nasr-Sharifi says they hope to get area businesses involved as well, but noted they’re still in the planning stages, so she didn’t provide specifics. “We thought this would be a really fun thing for kids and adults,” she says. Nasr-Sharifi expects the discovery centre to open up some exhibits, notably the Kids Zone.

Tickets to the event are free, but she recommends getting them in advance. The event will run from 9 AM until 5 PM with groups being allowed in to explore during 90-minute blocks. Nasr-Sharifi says there will be a few minutes of downtime between one group leaving and the next coming in to allow for workers to clean up the space.

While the recent cancellation of the Gravenhurst parade has left some parents frustrated, Nasri-Sharifi says this is the best they can do while keeping COVID-19 protocols in mind. “We know people are frustrated that parades aren’t happening throughout Muskoka,” she says, adding they don’t want to let anyone down.

She explains doing the parade this year is “not feasible” because of the local health unit and provincial health restrictions. “In a controlled environment, outdoors, you can have a maximum of 100 people,” she says. “It has to be gated. It has to be monitored and you have to make sure people are physically distant.”

She estimates “thousands” of people will show up for the parade, so controlling them would be near impossible. “We can’t just have a gate at every entrance where someone would enter the parade,” Nasr-Sharifi says.

On Facebook, commentators have pointed to the recent Cranberry Festival in Bala as a similar event that was organized successfully. Nasr-Shafiri points out that festival organizers had gates up at every entrance as well as security to control who enters. Some exhibits also had strict vaccination requirements. Others have pointed out on social media that Oktoberfest went forward, but Nasr-Sharifi points out the event was not done at one place, but at establishments across Muskoka, all of which had strict requirements they had to follow as set by the provincial government.

“While provincial government and health unit regulations restrict a traditional parade, the Chamber did not want to disappoint the community,” a Facebook post from the chamber reads.

Science North is a Sudbury-based organization and is able to do the roadshow thanks to a grant through the Northern Ontario Heritage Fund Corporation.