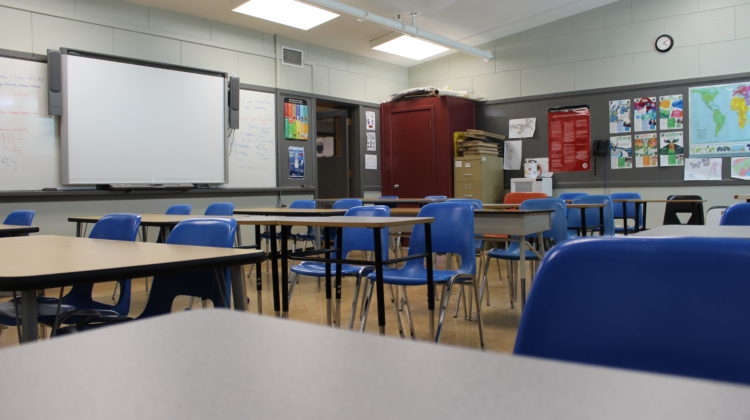 Students at Monck Public School in Bracebridge will be taking part in the Walk for Wenjack.

It’s organized by the Downie-Wenjack Foundation, which was started by the late Gord Downie. The organization’s website explains Downie was inspired by the story of Chanie Wenjack who died in 1966 while trying to return home after escaping a residential school. “At 12 years old, Chanie ran away from (Cecilia Jeffrey Indian Residential School in Kenora, Ontario) attempting to reunite with his family 600 kilometres away in Ogoki Post,” the website says. “Nine others ran away that same day, all but Chanie were caught within 24 hours.”

Wenjack’s body was found on railway tracks one week after he fled.

Grade five French Immersion teacher at the school Heather Bailie signed her class up in the summer. She tells the MyMuskokaNow.com newsroom she found the link through the Twitter hashtag “#InGordWeTrust.”

Bailie says, like Downie, she believes reconciliation is important, but more needs to be done.

She believes Orange Shirt Day and Truth and Reconciliation Week don’t make up for 500 years of oppression. “Gord suggested instead of reconciliation we have reconcili-action,” Bailie says.

As part of that action, students are being encouraged to wear purple and white clothing to school Wednesday and create signs that will be displayed as they walk along their predetermined route through Bracebridge. The walk starts at 1:50 PM.

“They’re the next generation,” Bailie says, adding how important it is for them to be open-minded and understand Canadian history – the good and the bad.

A GoFundMe has been set up by the school for the foundation with all the money raised going directly to Downie-Wenjack. It will be open until next week.