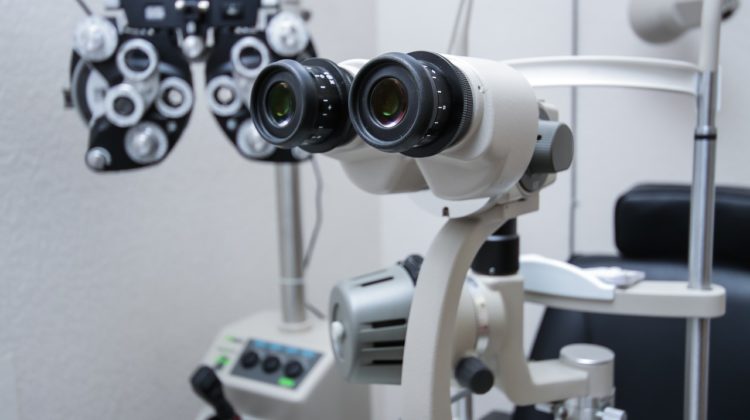 A Bracebridge woman – and thousands of others across Ontario – are caught in the middle of a fight between Ontario’s optometrists and the provincial government.

71-year-old Maureen Rieckhof suffers from retinal degeneration and has an epiretinal membrane. “You get tears in your retina and you have a lot of distortions in your vision,” she explains about the former. “In my case, I don’t see straight lines, I see wavy lines.”

Rieckhof says she’s been told her eyes are “complicated.”

The dispute is over how the government funds eye care through the Ontario Health Insurance Plan (OHIP). Optometrists argue that the money paid by the province has fallen so far behind the times, they’re forced to absorb around 45-percent of the costs for things like eye exams. In 1989, the province covered $39.15 per eye exam. In 2021, that number has risen to $44.60.

The Ontario Association of Optometrists (OAO) had an independent study done, which found the average cost to provide an eye exam in Ontario was $75.51 as of 2019.

At the start of September, about 95-percent of the province’s 2,500 optometrists withdrew services for all OHIP-funded services given to children, seniors and people on disability. Towards the end of the month, eye exams were axed as well.

The most recent update on the dispute came on October 5th. The province announced a one-time $39 million payment will be distributed to optometrists in Ontario starting today to cover past shortfalls. Health Minister Christine Elliot said last week that future fees would be increased by 8.5-percent. However, optometrists hit back and said the one-time funding wouldn’t be much of a boost. They would still have to pay $30 to $35 out of pocket for each eye exam.

“This averages to just over $1 per exam for every optometry service performed in the last decade,” OAO writes on its website. “It is focused on the past and does nothing to address Ontario’s broken and unsustainable eye care system.”

Some people – Rieckhof included – are still able to be monitored by their doctors. She says that puts her at ease.”My understanding is that [optometrists], in emergency situations, can see you,” Rieckhof goes on to say.

Rieckhof has been wearing glasses since she was two, so she knows the importance of getting eye problems diagnosed early. With kids now back in class, she tells the MyMuskokaNow.com newsroom that it’s concerning that they may not be able to see an eye doctor to be prescribed a pair of glasses. “It’s not just in my particular case, it’s for all the people – the children and the seniors that can’t be seen,” she says, adding that many people don’t have any options.

Since getting glasses over six decades ago, Rieckhof says this is the first time she hasn’t been able to see an eye doctor.

While Rieckhof is thankful her conditions are being monitored, it might not be enough. “I may not even know something has changed,” she says. When an issue does arise, it could be an old one or a new one, but she can’t tell on her own – she has to see her doctor, which she isn’t able to do as quickly as it might be needed. “That’s why it’s so important to be monitored,” she says.