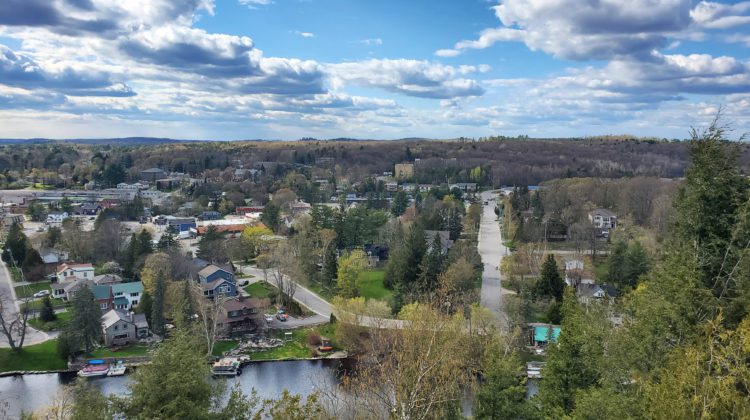 The Town of Huntsville is asking residents to sound off about a bylaw meant to streamline the permit application process.

“This new bylaw changes our development approval process by replacing our zoning bylaw amendment process and our minor variance process, as well as our site plan control process, with one streamlined process,” says Huntsville Manager of Planning Richard Clark. “So one application to address all those previous three.”

The Community Planning Permit Bylaw, currently just a draft, also gives town staff the ability to grant certain permits, which Clark says will mean applicants can get approval on minor work more quickly. Class one permits, for work that already conforms to regulations, and class two permits, for work that requires minor changes to bylaws, would be reviewed by staff rather than council. Under the new system, council approval would only be needed for class three permits, which are applications that require “more significant” changes, according to Clark.

Clark says the new bylaw will also change application fees, which could be higher or lower based on how much time and resources are needed. While exact figures have not yet been determined, Clark says he expects costs to be similar to, if not cheaper than, what they are now.

“We’d hope that it would be on par with the current costs that people go through,” says Clark. “If it’s one approval process versus two, then the cost for the applicant would be reduced by virtue of the fact that we’re combining separate processes into one.”

Director of Development Services Kirstin Maxwell says the bylaw has been in the works since March of 2020, and came “as a matter of course” after the town approved a new Official Plan in 2019. According to Maxwell, the two major changes related to planning were a focus on protecting ecological features and allowing for more flexible policies.

Maxwell says the bylaw will hopefully be in place for the start of next year, but that depends on how many changes need to be made. At the moment, the town is asking residents for feedback on what those changes should be.

“If we’re going down a path that the public doesn’t like, it’s not going to be to anybody’s benefit,” says Maxwell. “So that’s why it’s very important that the public understands what we’re trying to achieve, what the tools are that we’re proposing, and whether or not they go far enough or don’t when it comes to the use of properties.”

According to Clark, the town is looking for feedback on what kind of work should fit into each class of permit, as well as matters such as secondary residences, mapping the town by precinct, and what kind of development should require public notices.

Residents can view the draft bylaw and give feedback on Huntsville’s community engagement website. The town is also virtually hosting an open house on October 14th to allow residents to ask questions, and a public meeting on October 27th for residents to offer comments.