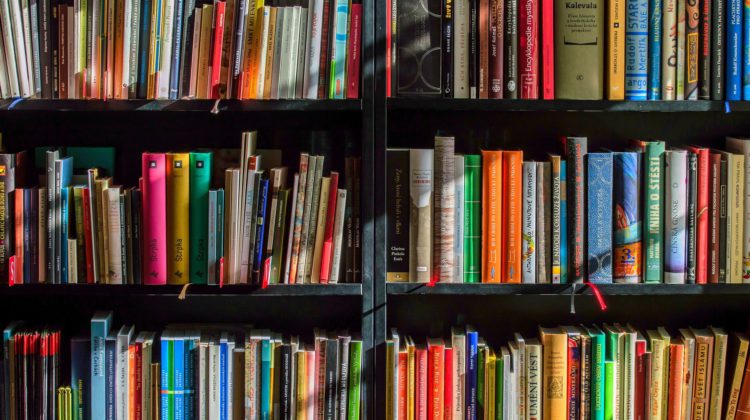 Libraries in Muskoka are offering special programming in October and one is using it as a jumping pad to look towards the future.

This month is Dyslexia Awareness Month.

The Gravenhurst Public Library is one of three libraries in Muskoka offering special programming for it. Mandy Dart is the libraries’ Clerk and says they will be offering a Zoom presentation on Wednesday featuring a presentation from the International Dyslexia Association of Ontario (IDAO). Dart says that event stems from a similar presentation she and two of her colleagues attended in June with the Ontario Library Service. “We all came out of it feeling like we had not at all known about the prevalence of dyslexia,” she tells the MyMuskokaNow.com newsroom. During the presentation, they learned that 15 to 20-percent of the world’s population fall somewhere on the dyslexia spectrum. “That was really surprising to us,” Dart says, adding the two colleagues she attended with went through teachers college so they were “shocked” to have not known this.

She believes the public is “under-informed” about the learning disability so they felt like they need to help educate people and help parents and children dealing with it.

The Huntsville Public Library is holding a presentation on October 14th to help parents better understand dyslexia. “We will discuss common myths and misconceptions about reading development and dyslexia, many of which have led to well-intentioned but ineffective supports being provided to children,” a write-up on the libraries’ website reads.

Thanks to the IDAO, the Gravenhurst Public Library, Huntsville Public Library and the Baysville and Dwight branches of the Lake of Bays Library received funding to purchase decodable books and dyslexia resources. Dart explains the book are designed with very specific phonic instructions. “They use specific words that help struggling readers decode the sounds of the word, which is something that people with dyslexia and other language-based disabilities have trouble with,” she goes on to say. They have a series of books with each using previous lessons to further the readers’ knowledge.

“Typical readers can see something a few times, then store the sound or sight word, but through research, it has been discovered that people with dyslexia need more repetition,” Dart explains.

“The key is early intervention,” Dart says about dyslexia, noting that the learning disability is a spectrum. As children grow up, she says some may be able to overcome it and not even realize they were dealing with it. With early intervention methods, it helps parents and educators catch it early which, in turn, makes it easier for them to help the child keep pace with their classmates. “That is obviously a huge confidence booster,” Dart says.

While they aren’t hosting special programming this month, the Bracebridge Public Library recently added a new collection aimed at helping children with dyslexia which includes decoded books. Information and Digital Service Librarian at the library Sarah MacNeal says it comes as the library has seen an increase from patrons looking for books to help children who are struggling with reading. The resources are available now and are set up in a separate area of the library so they’re easier to find.

Dart says a common criticism of decodable books is that they aren’t interesting because they don’t have as many unique words in them as a typical book would. Dart says the point of the books is not to tell a rich story but to help build readers’ confidence. She adds that she’s heard from parents who say their kids are “thrilled” to be able to actually read a book cover to cover. “They aren’t concerned about if the story was amazing,” she says.

MacNeal credits the Children and Youth Services Librarian Ashleigh Whipp with moving the Bracebridge library to be more accessible. On top of the decoded books, they have also added large-print books and are offering autism tool kits, which parents are allowed to test out before purchasing.

The library is set to move from its current location at 94 Manitoba Street to the Muskoka Lumber Community Centre once it’s expected to be completed in the summer of 2023. The libraries’ CEO Crystal Bergstrome says increased awareness for patrons of all shapes and sizes will be vital as they begin to prepare for the move. “The library is here for everybody,” she says, pointing out that they need to be thinking on inclusivity “right from the get-go.”