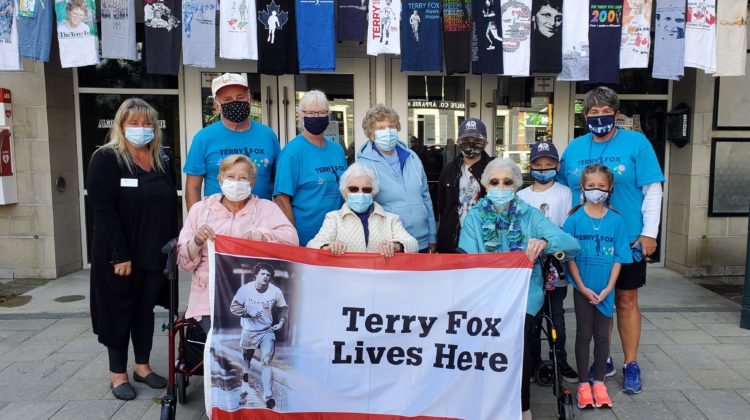 The annual Terry Fox Run is running virtually for the second year in a row, with six events happening in Muskoka.

The virtual events are being held in Bala, Bracebridge, Gravenhurst, Huntsville, MacTier, and Windermere. On September 19th, participants will walk, run, cycle, or otherwise move at their own pace, to raise money for cancer research within their social bubbles.

The virtual run raised $44,000 in Huntsville last year, according to Sharon Stahls, a retired school principal and organizer of the Huntsville event. Stahls says she’s hoping to beat last year’s record, and encourages people to get involved however they can.

Stahls says she’s been involved with the cause for more than 30 years, and does it to honour her mother who passed away from breast cancer.

“I always say, if she was to get breast cancer today, she would probably be a survivor, only because of all the research that has been done,” says Stahls. “We need the research to happen, and without our fundraising every September, the research projects wouldn’t be happening.” 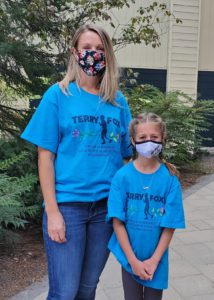 Some people run for themselves, such as eight-year old Eva Johnston, who will be running at the Huntsville High School’s outdoor track with her parents and two older sisters.

“I want to help spread awareness,” Eva says. “Because I had cancer.”

At age three, Eva was diagnosed with leukemia. She went through two years and a half years of chemotherapy, but has now gone three years without needing treatment. Eva’s mother, Jennifer Johnston, says the family is “so blessed” that Eva is back to being a healthy, normal little girl.

“It was a really, really long journey, there were days where she was so sick, she couldn’t move,” says Jennifer. “The medication is not friendly on the kids, which is why all of this is so important; it raises money which goes to help research, which finds kinder, gentler treatments, not only for children, but for everybody.”

The run in Windermere was started by a mother in similar circumstances.

“I think it was a way for my mom to navigate my diagnosis,” says Jen Jackson, whose mother Bev started the Windermere event in 2000 after Jackson was diagnosed with cancer. “She was trying to find a way to do something good and move forward with her feelings.”

Since then, Jackson has beaten cancer twice, and has taken over the running of the event from her mother.

Although the Windermere event tends to have relatively few people fundraising, the amounts raised per person are significant. At the time of writing, almost $19,000 has already been raised for this year’s Windermere run across 23 virtual fundraisers, putting it in the top ten of funds raised per capita in the province, according to Jackson. She says it has gotten bigger than she ever imagined.

“It’s been growing, I think, because of people’s connection to individuals that have battled cancer,” says Jackson. “I think they see our run as one where people can think of those they’ve lost, or those who are fighting, and band together to support cancer research.”

You can find your local run to register or donate on the Terry Fox Foundation website. An online auction benefiting the Windermere run can be found here.