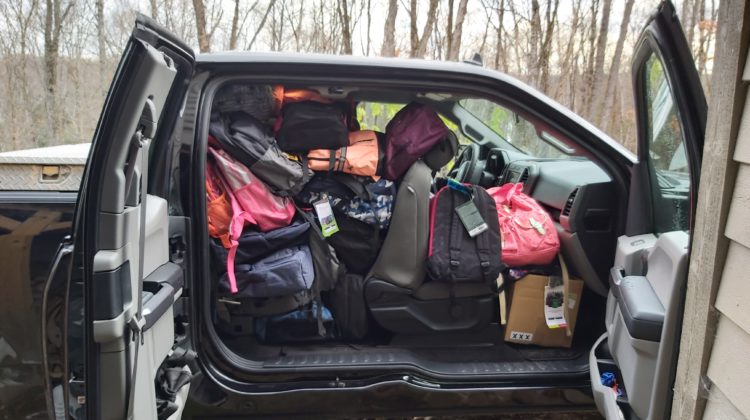 As students file back into their classrooms for the first day of school, a local non-profit is working to make sure nobody’s knapsack is empty.

Staples for Education is a yearly fundraiser program run by Staples Canada that tries to “eliminate barriers to education” across Canada. In Muskoka, the office retailer is partnered with the Kiwanis Club of Huntsville Muskoka to donate backpacks and school supplies to children whose families cannot afford them.

“The issue of affordability doesn’t just pertain to housing; in many cases, it’s one parent trying to make ends meet and finding that they have undesirable choices to make,” says club Secretary Treasurer Rick Brooks. “Sometimes what we consider necessities, they see as luxuries, so the kids don’t get the tools they truly need to succeed.”

Those tools include supplies such as writing utensils, notebooks, binders, and gym shoes, not to mention bags to hold them. According to Brooks, a fully-stocked backpack typically costs between $100 and $200, depending on the age of the recipient. Last year, the organization distributed more than $35,000 worth of school supplies to more than 400 students in the area.

This year the bags will go to 14 schools in and around Muskoka, three of which were added this year, as well as to the local Salvation Army and Young Women’s Christian Association (YWCA).

Since the program started in mid-August, Brooks says they’ve received a number of donations from local businesses, including $5,000 from Paul Middlebrook, owner of Centre Stream Finishing in Utterson.

“We were gobsmacked about that one, that was awesome,” says Brooks. “I really would like to see more businesses step up and try and help out as much as they can. They may not be able to do $5,000, but every $5 and $10 donation helps, so we’re just empowered by the more people that come in.”

Middlebrook says he figured he could afford it, and was happy to help out some kids.

The program runs until September 19th, and donations can be made at the Staples in Huntsville or Bracebridge. Brooks says he expects the backpacks to make their way into students’ hands the week after.