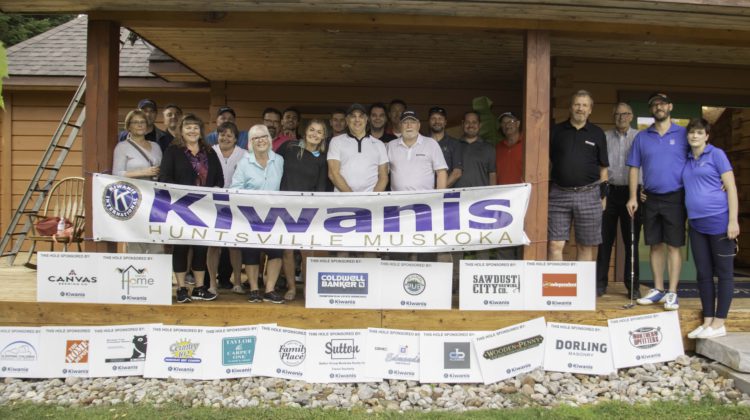 The Kiwanis Club of Huntsville Muskoka is staying in the green by staying on the greens. The organization is holding a golf tournament to fund their charitable activities.

“Counteracting the fact that somebody decided to call an election that day, we are encouraging everyone to vote early and come out and see us,” says Brooks.

The event features a tournament, putting contest, silent auction, buffet dinner, and hole-in-one prizes such as a 2021 Buick Envision from Edmonds GM and a $10,000 voucher to Kubota North, as well as a keynote presentation from former NHL goaltender Dave Dryden.

“We’re trying to make the best out of COVID, get through this into 2022 relatively unscathed, and make a few dollars,” says Brooks. “If we could make over $5,000 again, that would be excellent, because our coffers right now really do need it.”

According to Brooks, the money will be used to fund events such as food drives throughout the year, with a portion donated directly to other non-profit organizations. All the funds from the putting contest, for example, will go towards Dryden’s charity, Sleeping Children Around the World, which donates bed kits to impoverished children. Last year the tournament raised about $5,250, with $525 of that going to Sleeping Children.

“It’s the only charity I’m aware of that is 100 per cent going to kids,” says Brooks of Sleeping Children. “Nobody gets any money out of this except the kids, so this is fantastic, it’s unheard of.”

Brooks says all registrations to play in the tournament or sponsor a hole must be in by September 10th. You can sign up by contacting Rick Brooks at [email protected] or 705-635-2101.