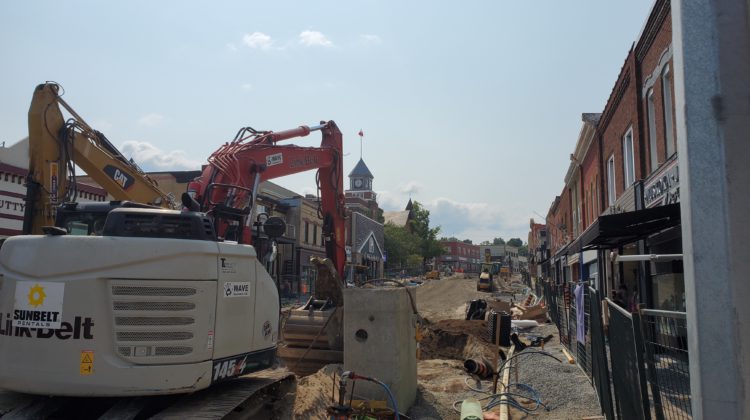 The second stage of Huntsville’s Diggin’ Downtown construction is scheduled to finish in mid-September. Stage three is expected to be complete in mid-November, and stage four has been bumped back to early 2022.

The town announced in July that the project would remain in stage two until further notice, as construction is currently four to six weeks behind schedule. Abnormally heavy rainfall and problems with old, messy building foundations have been cited as the main reasons for the delays.

To make up for lost time, a second crew has been brought onto the project, and will work evening and weekend shifts. According to an announcement by the town, “every effort will be made to notify” residents and businesses affected by the extra shifts.

The announcement also says the current closure of Main Street from Brunel Road to Centre Street will be in place until Thanksgiving.