Three boat launches in Bracebridge to get facelifts thanks to $630,000 project 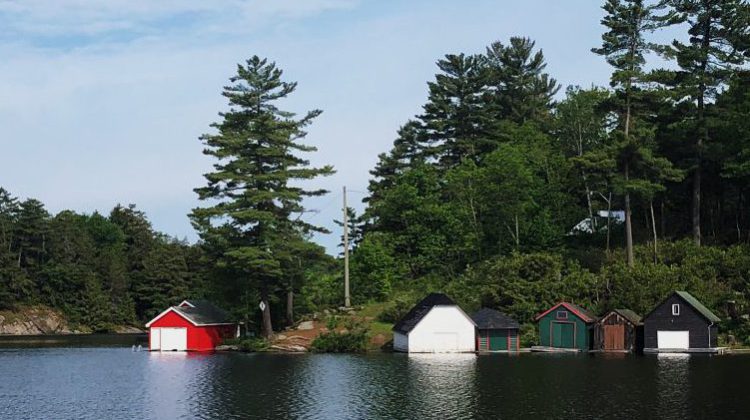 The Town of Bracebridge is moving forward with the municipal boat launches at Clear Lake, Pine Lake, and Wood Lake.

The project was approved during the July 7th council meeting and will cost the town $630,000. During a General Committee meeting on June 29th, Etobicoke-based Galcon Marine Ltd. was approved as the contractor for the project.

“The intent of the construction project is to provide functional facilities with suitable slope and water depth for launching and retrieving small to mid-size recreational watercraft of the type that are in general use on these lakes,” Engineering Technologist Yvon Gravel writes.

The Pine Lake boat launch will be closed from September 7th to October 4th. “The shallow water depth at the launch requires users to back up far into the lake in order to launch or retrieve their boats, causing vehicles to repeatedly become stuck in the soft lake bottom,” Gravel explains in his June report to committee. “Additionally, ice movement on the lake has compromised the dock structure, and the driveway and turnaround area is poorly drained and overgrown with brush.”

The boat launch at Clear Lake will be closed from October 5th to the 13th. “Similar to the Pine Lake Boat Launch, vehicles become stuck in the soft lake bottom because the shallow water depth at the launch requires users to back up far into the lake in order to launch or retrieve their boats,” Gravel writes. “Large boulders in the shallow lake bottom at the launch area are also a hazard to boaters.”

Finally, the Wood Lake boat launch will be closed for about two weeks between October 14th and the 27th. Gravel said in his report that the current boat launch is too short for larger boats to use.” When larger trailers are sufficiently backed up in the lake to launch or retrieve a boat, the trailer wheels extend beyond the concrete ramp and become stuck in the soft lake bottom, often requiring the assistance of a tow truck,” he said. “Also, the driveway and turnaround area is poorly graded causing erosion of the granular surface into Wood Lake.”

In his report to committee, Gravel said that the project will be about $150,000 over what was allocated in the town’s 2021 budget. “Although the tender price is higher than expected, staff support awarding of the contract since it represents fair market value based on the competitive bidding process followed, and the expectations that the COVID-19 pandemic is likely to continue resulting in higher than projected tender prices,” he wrote.