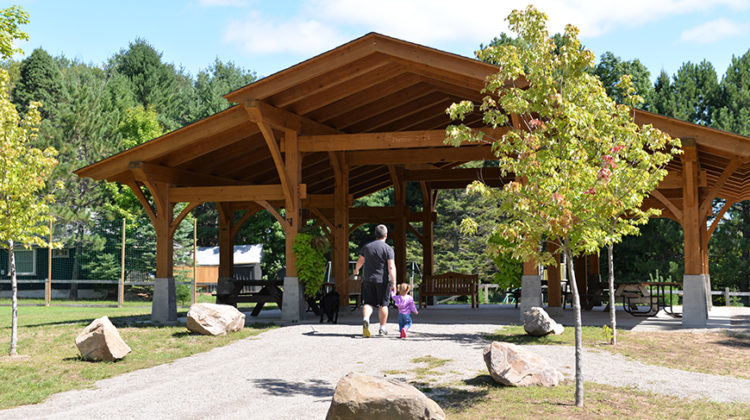 Thanks to a donation from two community members, the Dorset Pavilion and Community Park in Lake of Bays will remain open to the public.

Don Tapscott and Ana Lopes have purchased the property, according to officials with the township, and will be continuing the lease agreement for the next 10 years. “Ana and I are delighted to be able to preserve this property for the community, and our hope is to partner with various local stakeholders in developing the park as an even more spectacular community resource,” Tapscott says.

Dorset Community Partnership Fund board member Collin Reaney says the two had to purchase the property because its previous owner passed away. “like many cottagers, they are strong supporters of building up our community assets for everyone to use”

Going back a decade, the land the park sits on was unused, according to Dorest Community Partnership Fund board member Collin Reaney. That is until he met up with the community member who owned the land and they came to an agreement that the land would be leased to the charity for the next 10 years. “Our charity raised local funds to put up the pavilion, a washroom, soccer field and then fencing for security,” Reaney explains. He says over $120,000 was raised to build the needed infrastructure.

Over the years, he says the park has been used for weddings, children’s camps, to teach people tai-chi and even the charity has used it to host fundraiser events. “You name it,” he adds.

How does the township factor into this? Reaney says they partnership with Lake of Bays in order to share costs, adding the township also holds the lease on the park. He explains the township covers the insurance and the charity covers Hydro, among other shared expenses.

Lake of Bays Mayor Terry Glover says this donation is another example of the generosity of the township’s residents. “Regardless of the cause and especially given our current state of challenges, I have witnessed countless examples of support for the well-being of our Lake of Bays family. I can not begin to express my pride in this community.”

The township will host a ribbon-cutting ceremony to honour the park’s new owners on August 18th at 9 AM at the Dorset Pavilion and Community Park.