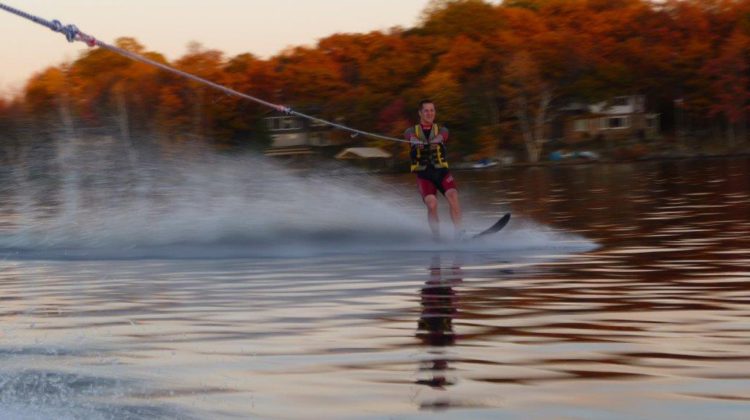 A new campaign from the Federation of Ontario Cottagers’ Associations (FOCA) wants to highlight the damage boat wakes can do.

The federation is launching their #WakeAware campaign to educate boaters in Cottage Country about how they affect wildlife, shorelines, swimmers, and other boaters. “The advent of a lot of new boaters, bigger boats, and the impact that these bigger wakes create has been a top issue over the last number of years,” President of FOCA Terry Rees tells the MyMuskokaNow.com newsroom, adding they want people to be safe on the waterways and be aware of their surroundings.

While boat wakes may seem like any other waves, Rees says they have a bigger impact than most people realize. Large boats can create a safety hazard to smaller craft if their wake is too large. “There’s been damage to other boats, and to docks, and that’s been a big concern for our members,” he goes on to say. “There’s erosion, there are impacts to wildlife, particularly nesting birds and a lot of creatures that use the nearshore for their nesting habitat.”

Rees says the goal of the campaign is to make people understand that they can control the impact their boat makes on the water. He is advising boaters to look both in front and behind their craft to monitor what their wake is doing to the surrounding area. “When you’ve got busy waterways, with smaller crafts, it can be really dangerous for other boats,” Rees says.

When leaving a dock into open water, Rees suggests slowing down and keeping the bow down close to the water. Keeping speeds below 10 kilometres an hour within 30 metres of shore will reduce the impact wakes have on shorelines. Rees also says to keep speeds down while passing other boaters so that everyone can be safe and enjoy the water.

He also is encouraging those who use large wakes for watersports to take their fun to the middle of lakes, which will help reduce the impact their waves have on shorelines, boaters, and property.