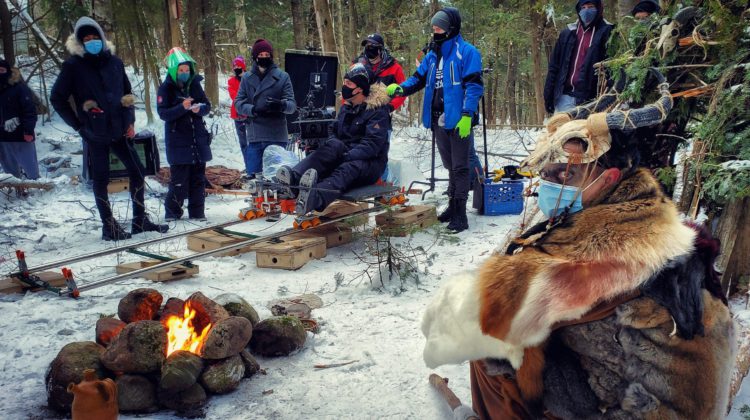 The crew during the filming of Valravn (Photo credit: supplied)

Producer Nicolas Mackenzie and Writer/Director Spencer Hetherington received the 2021 Award of Excellence in the Video Long Drama or Comedy category.

They won for the 18-minute thriller The Valravn, which is based on Viking folklore and was made by the third-year graduating cohort as a class project. 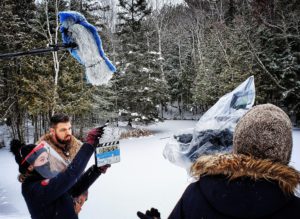 The crew during the filming of Valravn (Photo credit: supplied)

It was shot on the same camera being used by James Cameron in the making of the new Avatar series.

“This film was the result of hard work and determination,” said MacKenzie. “It was only possible because of all the great cast and crew we worked with.  It is truly an honour to accept this award.”

“It was a fairly ambitious project to begin with, and the COVID-19 restrictions in place at the time were an added complexity,” said Hetherington.  “It’s certainly an honour for the film to be recognized by the Canadian Media Educators. Everyone involved worked very hard to bring the film to life, and I’m grateful for that.”

Hetherington also received the Award of Excellence in the Video Short Drama or Comedy for writing, directing and editing The Day the Embers Burned Cold, his 9-minute second-year auteur film.

A release says Embers dealt with the sensitive phenomenon of school shootings in a uniquely thoughtful, provocative, and nuanced way. “I wanted to take a risk creatively and go outside of my comfort zone,” said Hetherington. “I took the opportunity to make a film that was different from what I was used to, something that tackled a larger issue. I heavily debated whether or not to make it as the subject matter is sensitive and I wanted to make sure I was able to navigate it properly.”

”This is a great example of what we do at Canadore – we give students the essential skills so they can rise to the level required by the workforce,” said Yura Monestime, Director, Academic Operations and Business Development, Art and Design.  “Congratulations to all the students involved for a job well done and a thank you to all the professors in the program who taught the students the skills to be able to tell these stories.”