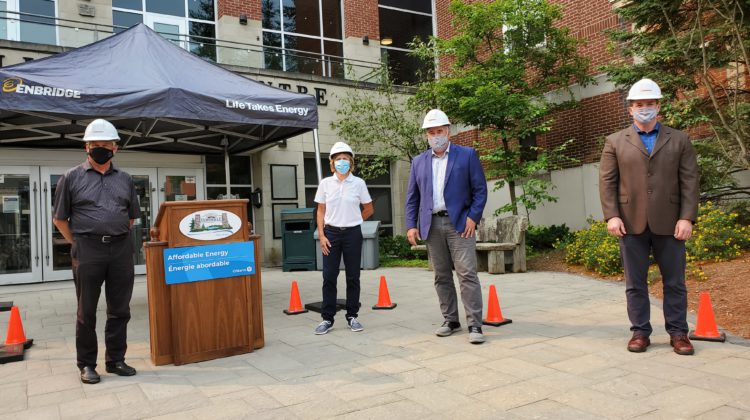 Ontario’s Minister of Energy Todd Smith visited Huntsville this week to speak about the natural gas expansion in Hidden Valley and Burk’s Falls. More than 140 homes and businesses in the area will be connected to natural gas as part of the second phase of Ontario’s Natural Gas Expansion Program.

According to Smith, the $3.1 million expansion is funded entirely by a $1 per month charge to existing natural gas customers, rather than through tax dollars. Smith says this makes the provincial government’s expansion plan “predictable and sustainable.”

“Having access to natural gas is going to be a boon for small businesses, particularly in rural communities,” says Smith. “Expanding natural gas is also going to make communities more attractive for job creation, bring prosperity, and ensure Ontario remains open for business.”

“Natural gas burns cleaner than oil, it doesn’t need to be delivered by truck like oil or propane, and it’s much less expensive than electricity,” says Miller.

Miller says the savings could be “very significant for families,” adding that the expansion is “making good” on a campaign promise from the 2018 provincial election to lower heating costs for homes.

Huntsville Mayor Karin Terziano says she’s happy Huntsville is a part of the expansion, and that the timing could not be better.

“One of the really great things is that we are going to be doing road works out there, and some water and sewage upgrades,” says Terziano. “We’ll be able to get three birds with one stone.”

Miller says all projects will be underway by the end of 2025, with some starting this year.