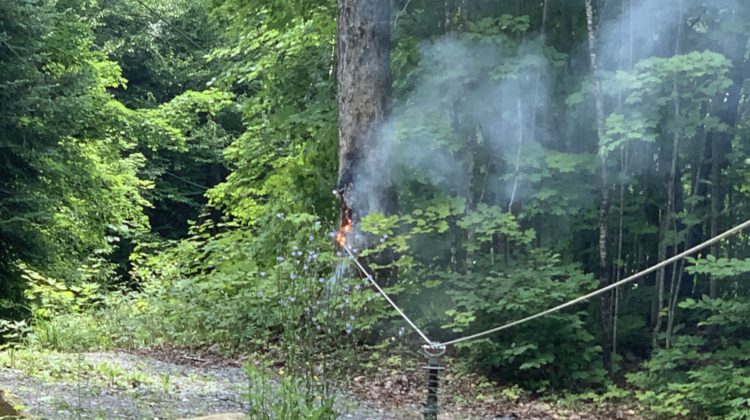 A downed power line caused a fire at Bigwind Lake Tuesday, after a gravel truck snagged the line.

Firefighters from the Bracebridge Fire Department arrived on scene and put out the flames. A Hydro One crew arrived shortly afterwards to cut the power, and firefighters quickly extinguished the remaining hotspots. The driver of the truck remained inside the vehicle for safety reasons until the power could be cut, and was not harmed.

According to Bracebridge Fire Chief Murray Medley, there was no danger of the fire spreading to the surrounding area.