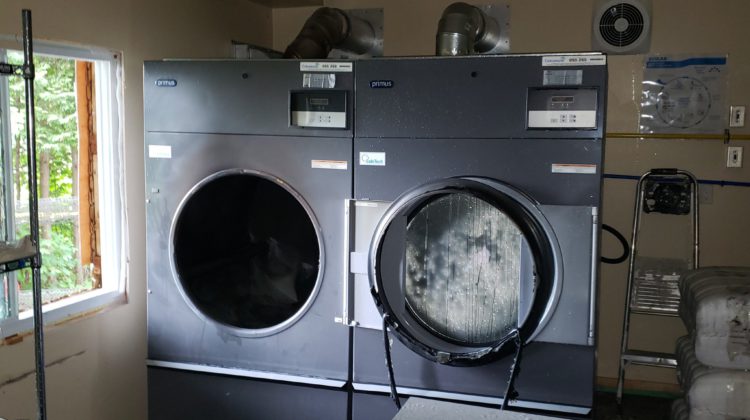 Thanks to quick thinking from one of the top firefighters with the Muskoka Lakes Fire Department, a fire didn’t spread beyond the dryer it started in.

Fire Chief Ryan Murrell says the firefighter got to the scene on Sherwood Drive first, just after 5 PM. He explains that he broke a window looking into the room and the Fire Captain emptied four fire extinguishers to contain the small blaze. Murrell says that was critical in containing the fire and giving the two responding units time to get to the scene.

The damage was contained to just the commercial-sized dryer, which Murrell estimates will cost around $10,000 to replace. There were no injuries. If not for the actions of the first responding firefighter, the damage likely would have been greater.

An investigation looking into how the fire started is underway.

Over his 17 years as a firefighter, Murrell says dryer fires have become more of an uncommon occurrence. When he started, he responded to four or five per year, but in recent years that number has dropped to one or two. “Typically it’s about people not cleaning the lint trap, and not cleaning the pipe that goes outside and pushes the hot air out of the building,” he explains. He recommends cleaning the lint tray every time after you use the dryer and the vents at least once a year.

As fire when fires start in your building, Murrell says the first thing you should do is pull the fire alarm. After that, call the fire department and go for the fire extinguisher. When you get the extinguisher, he says to survey the situation. Murrell adds that you don’t need to be a hero. If the fire is growing quickly, get outside and let the first responders handle it.

With rental units becoming more popular, Murrell says you should inspect the area you will be living in once you arrive. He explains you need to know two ways out of every room and suggests you make a plan on where you will meet if a fire does start. He says that should be a physical spot like a mailbox and not somewhere like your car.