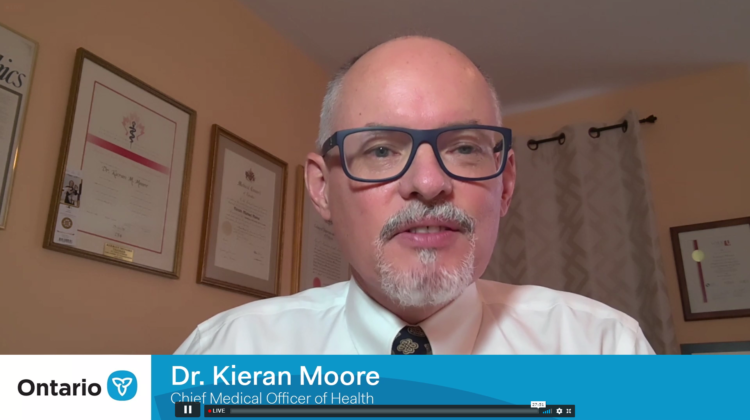 Ontarians are to thank for going into Step Three of the province’s Roadmap to Reopen ahead of schedule.

Dr. Keiran Moore, Chief Medical Officer of Health, says thanks to the province’s immunization strategy we’ve exceeded the goals needed for the move.

He says the data will still be monitored as we move into step 3 but he does not see any reason to hold the province back.

As for what’s changed, Dr. Moore said “Over 200,000  thousand a day are coming forward to get immunized, so that has changed, and the correlation as you build population immunity with plummeting case counts is so wonderful to see and we have to keep up that great work”

He said the more contagious Delta variant keeps him up at night and we should all remain vigilant.

Dr. Moore also warned that we will see more cases in the fall because that’s when respiratory illnesses spread quickly.

He adds that vaccines for younger populations should be coming out as soon as this year but he also said children under 10 don’t have as many of the receptors that COVID-19 binds to and don’t have as severe an illness.