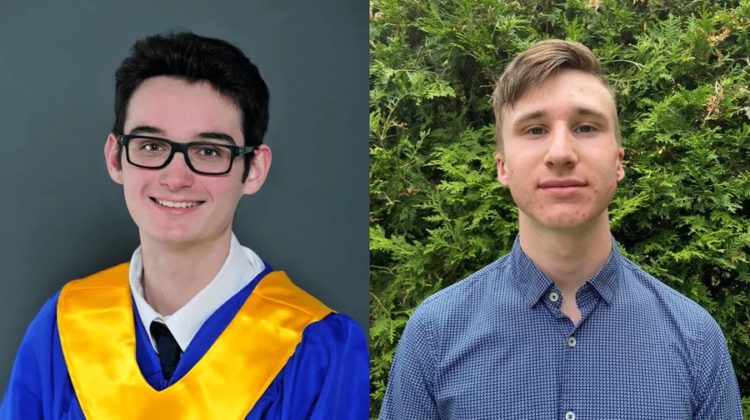 The Lake of Bays Heritage Foundation is supporting two students as they pursue post-secondary education.

Evan Scholten from Bracebridge and Muskoka Lakes Secondary School (BMLSS) and Jacob Gallagher from Huntsville High School are getting $900 to go towards their studies of history and political science at the University of Ottawa and geography at Trent University, respectively.

The award is handed out annually to one graduate from BMLSS and Huntsville High who have been accepted into a college or university subject related to the work done by the heritage foundation. Those subjects include environmental and history-related subjects.

The award was first handed out in 2014 after being established in August 2013 thanks to a donation by Brink Weaver, who is a former President of the Lake of Bays Association. It was done in honour of his mother Harriet T. Weaver, who the award is named after. “As one of her children, it gives me great pleasure to initiate the establishment of this trust fund through the Lake of Bays Heritage Foundation and thus acknowledge the many deeds of Harriet Weaver in a way that provides a lasting memory of her,” Brink said at the time.