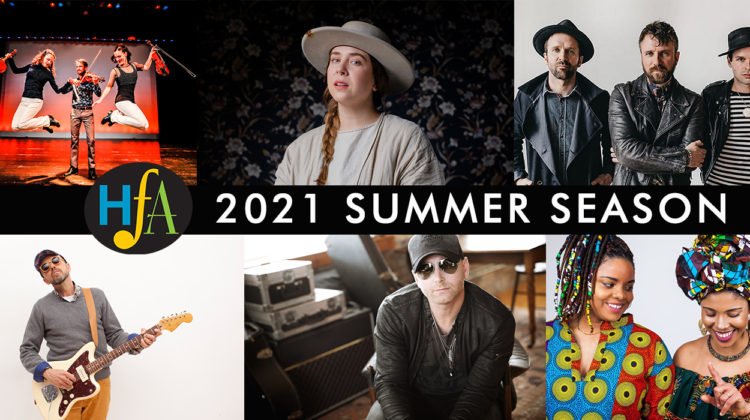 Photo supplied by Huntsville Festival of the Arts

The Huntsville Festival of the Arts has opened ticket sales for its Fairgrounds Concert Series.

The series happens in-person through the month of August and features big-name Canadian musicians playing live at the Huntsville Fairgrounds.

“These are live concerts, not drive-in, not live streamed, but actual in-person concerts, and that’ll be taking place outdoors under an open-air pavilion at the Huntsville Fairgrounds,” says HFA executive director Dan Watson. “We’re super thrilled to be able to welcome some incredible artists like Serena Ryder, Tim Hicks, The Trews, Hawksley Workman, and more.”

Other artists playing the stage include local musician Tobin Spring playing the music of Neil Young, as well as Canadian Afro-Cuban jazz and folk group OKAN. Tickets range between $20 and $100 per adult, and features a cash bar on site.

The concerts will have a limit of 100 people, and COVID-19 safety guidelines will be in effect. Watson says this is exactly what people need after a year inside.

“I think it’s just what the doctor ordered for this summer where people just want to get back to being around others and do it in a safe way, and we’re happy to be presenting that,” says Watson.

Tickets can be purchased on the Huntsville Festival of the Arts website, or by calling 705-788-2787.