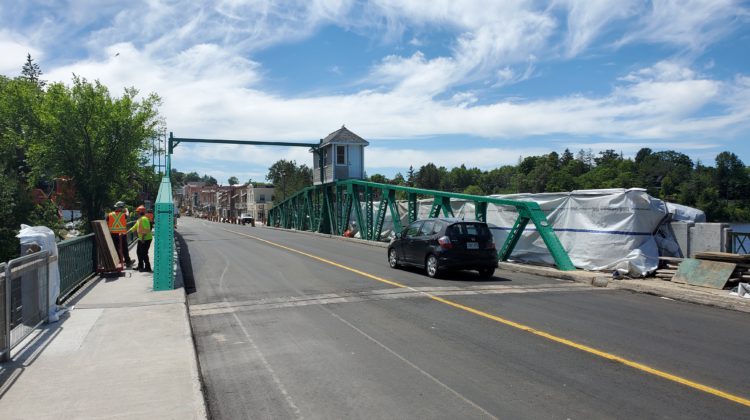 The River Swing Bridge in Huntsville has reopened to vehicles, as the Diggin’ Downtown project moves into stage two.

“Stage one is still waiting for street lights, trees, and some other products which are on backorder, but it’s nice to see the vehicle traffic getting back onto the swing bridge and things starting to move their way back to normal,” says Huntsville Director of Operations and Protective Services Steve Hernen. “Over the next few months, people will see everything completed in stage one, and construction crews move onto stage two in digging for the pipes.”

The project faced a minor delay after running into some “interesting” historical foundations, but Hernen says that’ll be less of a problem in stage two.

“It’s still a historic downtown, so I think we’ll still have some interesting issues to deal with, but the good news is the contractors have seen the pipes, seen what’s been done underground, they’ve now found solutions to it,” says Hernen. “The next time they run into an issue, they’re going to say, ‘oh, remember how we fixed it on the last one,’ and off they go.”

According to Hernen, the bridge was vandalised during the construction, but has since been repainted.

For updates on the Diggin Downtown project, visit the Town of Huntsville website.