Huntsville Art Crawl primed to start in full this weekend 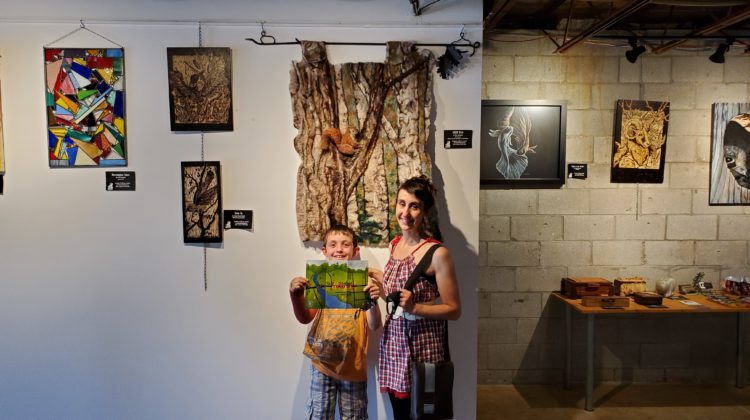 The Huntsville Art Crawl goes into full swing this weekend, as Ontario’s Roadmap to Reopen enters its first step.

The Art Crawl is a self-guided art tour through 27 landmarks and businesses in and around downtown Huntsville. More than 50 local artists have contributed works of art, all of which are available for purchase.

“It ranges anywhere from $20 all the way up to $2,000; it depends on what your tastes are and your budget, but there’s something for everybody,” says Huntsville Festival of the Arts (HFA) executive director Dan Watson. “We encourage everybody to look at the art and experience the art.”

Money from sales will be split between the artist and the business where the piece is hosted. According to Watson, the event has already drawn a fair bit of attention. He says that close to $3,000 worth of art has already been sold.

“We’ve been really encouraged so far, we haven’t even really been promoting it heavily but we’ve already had many, many sales of art, so I think it’s going to go quickly,” says Watson.

The event has been running since June 1, but because of closures related to COVID-19, the HFA has pushed back the full start to June 12.

“Some of the stops haven’t been able to open, but they will be opening on Friday,” says Huntsville Festival of the Arts executive director Dan Watson. “We’ve been calling it kind of a soft opening over the first few days of June, but once we get to June 12th, we’ll be in full swing.”

A selection of artists featured in the Art Crawl will also be giving live demonstrations every Saturday until July 3 at stations in River Mill Park and around Downtown Huntsville.

Residents can pick up a “passport” for the event at any of the stops, which contains a map of the exhibits. Participants can also collect stamps for the passport at each of the stops; a passport with five stamps can be turned in at the Pharmasave on Main Street in exchange for a $25 “Downtown Dollars” voucher.

The event runs until the end of June. For more information, visit the Huntsville Festival of the Arts website.