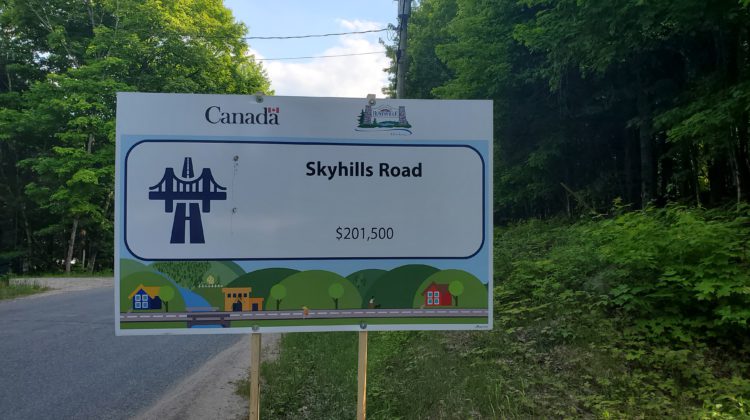 Curious new signage caused a bit of a stir amongst Huntsville residents this week.

The signs display the logos of the Government of Canada and the Town of Huntsville, a street name, and a dollar amount. Some residents took to social media, exchanging theories to try and figure it out.

Steve Hernen, Huntsville’s Director of Operations and Protective Services, says the signs are there to declare that certain municipal projects are funded by the Federal Gas Tax.

“When we get government funding, Federal Gas Tax or anything like that, we have to put a sign up that shows that the government helped pay for the project,” says Hernen. “Usually when the government gives us these signs to put up, it states what’s being done.”

Municipalities are required by law to display how much federal or provincial money goes into a given project, according to Hernen.

Currently, the Town has four active construction projects required to display the signs:

Huntsville received more than $600,000 in Federal Gas Tax funds this year. With the construction totalling more than $1.2 million, Hernen says that carry-over from last year’s Gas Tax will help pay for the shortfall.