Huntsville BIA purchases 500 hard hats to give to kids 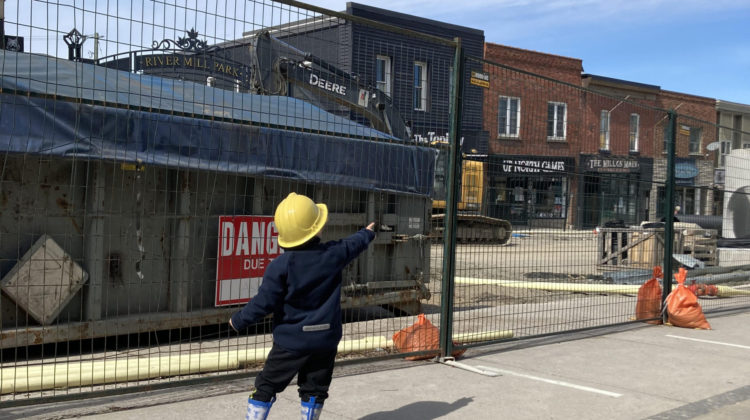 “The BIA is purchasing 500 children-sized hard hats,” says Huntsville Councillor Bob Stone. “Businesses along Main Street will have them, so when they see a little person watching the big diggers on the street, they can go out and give them a hard hat and have fun with that.”

The downtown water and sewage infrastructure project started in March and is set to run until the end of May next year. Huntsville BIA manager Morgan Richter says the construction has been of great interest to Huntsville’s young.

“The amount of young children that are engaged and drag their parents downtown every day is pretty funny, cause they really want to see the progress and they’re so interested in the machines,” says Richter.

The BIA has been giving out hard hats for months, but Richter says she’s hoping this new order will encourage people to go downtown with their kids.

“It’s something to engage the community with the construction,” Richter says. “The hope is always you come downtown and get an ice cream, or you’re picking up curbside, or one day you’ll be shopping in-store… so to tap into the younger children and make everyone feel like they’re part of this project.”

The hard hats will be given out until the end of the summer.