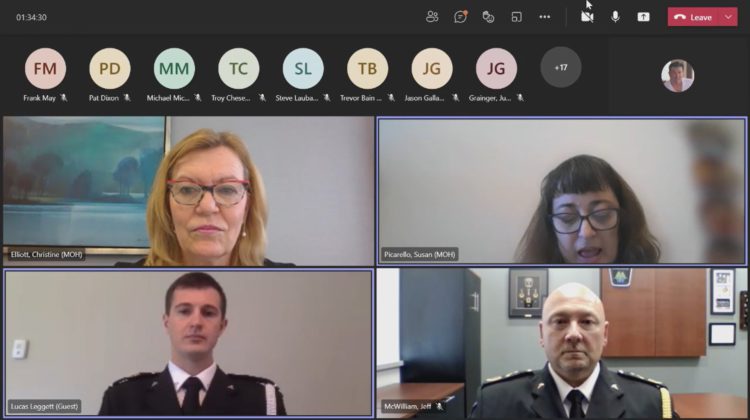 The province honoured a local Paramedic on Thursday with the Ontario Award for Paramedic Bravery. 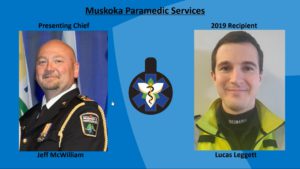 Paramedic Lucas Leggett, of the Muskoka Paramedic Service (MPS), was presented the 2019 award by MPS Chief Jeff McWilliam for his acts of outstanding bravery in the face of danger.

On October 25, 2019, Paramedic Leggett and his partner, along with Ontario Provincial Police (OPP) officers, responded to a report of a house fire.

Upon arriving at the scene, they found a house surrounded by thick smoke with a woman holding two young children at the second-story window.

Leggett and his team quickly jumped into action by assessing and checking all doors and windows to see if any of them were unlocked, which they were not.

In an unsuccessful attempt to locate a ladder on the premises, Leggett and the team proceeded to the front entrance which was locked.

One OPP officer broke the front window and Leggett made his way with him through heavy smoke into the house.

Together, they found the family and lowered down the children to two partners outside of the house.

The Fire Department arrived shortly thereafter and was able to assist the mother, Leggett and the police officer with the use of a ladder.

Efforts were then made to combat the fire and all occupants of the house were rescued safely including the family pet.

The awards were presented to 13 Paramedics across the province by the Deputy Premier, Christine Elliot, in a virtual ceremony.