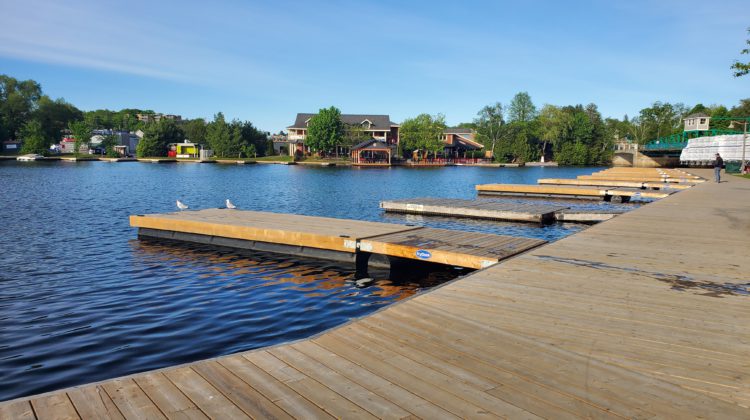 The Town of Huntsville has updated its dock policy.

Huntsville Director of Operations and Protective Services Steve Hernen says the old policy caused some confusion about who was eligible and when a permit was required.

“Where we mainly see this is where a road runs between your home and a waterfront in Huntsville, whether it’s beside the river or the lake,” says Hernen. “People quite often want to cross the road and install a dock thinking they own the property, when in fact in many cases they don’t. So that what’s changed, is the guidelines on how that works.”

Hernen says the new policy also fast-tracks the ownership process of attached docks after a property is sold to a new owner.

Although private docks on public land might concern some, Hernen assures residents that the Town still owns the land, and money gained from the licencing fee of $1,100 will go straight back into improving the area.

“There is a yearly fee paid, and those fees go back into a park land reserve account to improve other access in waterfront properties for the public to get the enjoyment of the water as well,” Hernen says.

Residents can apply for a permit on the Town of Huntsville’s website.