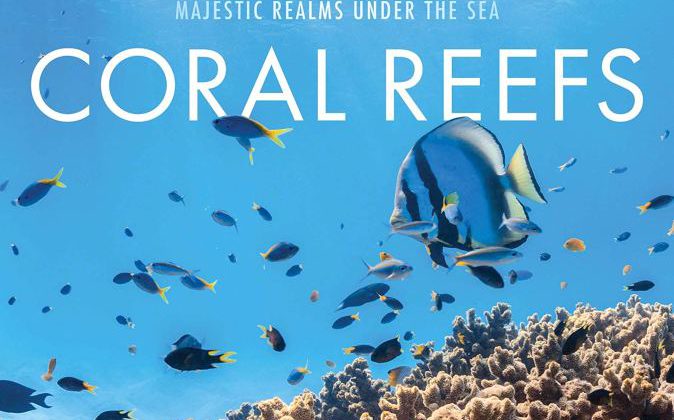 “Coral Reefs: Majestic Realms Under the Sea,” is environmental scientist Dr. Peter Sale’s second book. It’s a love letter to something he’s spent a lifetime on.

“I’ve tried to write a book that will at least record how wonderful these things are,” says Sale. “If we make them disappear, which is what we’re looking like we’re doing, at least we’ll know what we’ve lost, and maybe, just maybe, we’ll encourage people to get even more serious about climate change, and start working to redress some of the damage we’ve done to the planet.”

Sale has been writing the book since 2016, but he says it’s been in the works since the 1990s, after he saw that the issue “wasn’t connecting to people in any real way.”

“We thought it was such a conspicuous signal, as reefs turn white around the world, that this would wake the world up and everyone would run out and get serious about climate change, and of course we waited,” Sale says. “In 2016 I realized we needed to stop waiting and do something else.”

“They’re one of the miracles which evolution has produced on this planet, they’ve been around for way longer than we have, and we’re just casually wiping them out along with all the other things we’re doing because we’re letting the world warm up.”

While he hopes it is not too late for coral reefs, Sale says he knows a comeback is unlikely. However, he says, immediate action can still curb the decline of other incredible ecosystems, and that starts on the individual level.

“The most important thing individuals can do is support politicians who are brave enough to make the tough decisions, and that means the decisions that don’t necessarily please all the special interests,” Sale says. “The second most important thing we can do is look at our own lifestyles and see what we can do to make ourselves less flagrant users and abusers of the environment we live in.”

Whatever the future holds, Sale plans to get some alone time with the reefs, at least a few more times, before they’re gone.

“I am dying to find my way to a deserted tropical beach with a reef out front, with some palm trees and some sunshine, and I’d be quite happy if there was nobody else there.”

You can find “Coral Reefs: Majestic Realms Under the Sea” online, or at all major bookstores.