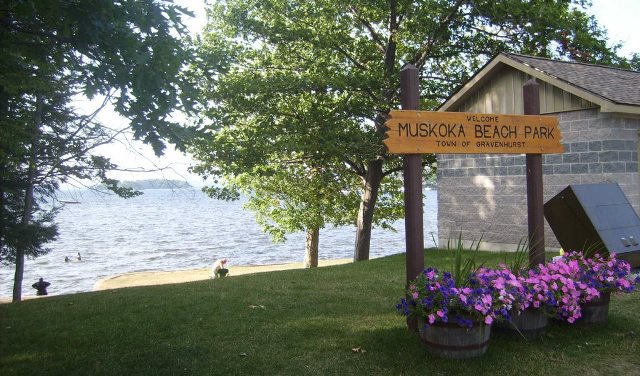 The “next steps” are being reviewed for Gravenhurst’s planned closure of Muskoka Beach Park for rehabilitation work, while the beach remains closed.

When the news was posted on Moose FM’s Facebook page, some criticized the town for not doing the work in the off-season, while others said the work is long overdue. “Just maybe they can start at one end and leave it partially open and then close off the other end and reopen the rehabilitated beach,” Rick Campbell wrote.

Gravenhurst’s Director of Infrastructure Services Andrew Stacey announced last week Muskoka Beach Park will be closed for the season for the planned rehabilitation project of its green space and beach area. He tells the MyMuskokaNow.com newsroom that work will include naturalization of the shoreline. He adds the project involves the “reconfiguration of the entire property.”

In light of the mixed reception to the town’s plan, Stacey says the town’s engineering team will internally review their options to, “determine next steps which may include a need to phase the project.”

The project is currently in the design phase, so Stacey says there is room to make changes if necessary. “We will be strategizing internally next steps including a review of options that may be potentially available to the town in an effort to balance both the window of time permitted for construction and use of the park facility in a safe manner,” Stacey goes on to say.