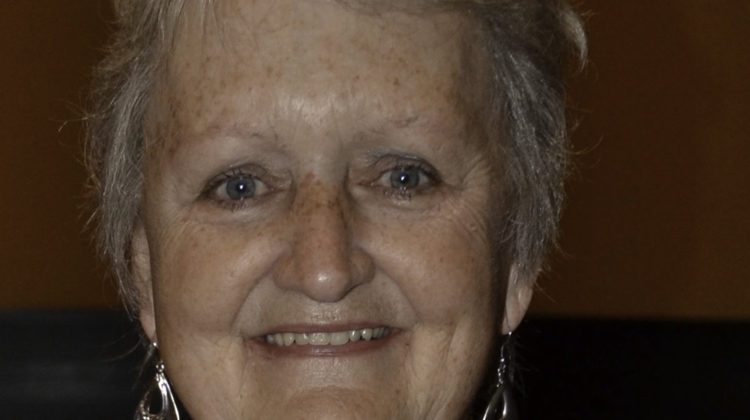 “A few years ago, I couldn’t even imagine retiring at any time because I loved my work so much and the people I worked with,” she tells the MyMuskokaNow.com newsroom. “I’m well past retirement age,” she jokes. “It’s time for a changing of the guard.”

Donna Kearney will take over Winspear’s role as Executive Director when she retires on April 30th. She previously served as the Nurse Practitioner and Director of Andy’s House. “I can say quite honestly and most sincerely that Hospice is in good hands,” Winspear says.

Her “last hurrah” was creating Andy’s House in memory of OPP officer Andrew Potts who passed away in a car crash while responding to a call with his partner Matt Hanes, who survived, but with serious injuries. It was Hanes and Andy’s father Bob who created the Andy Potts Memorial Foundation to raise money for the charities Andy supported, which led to them forming a partnership with Hospice and the creation of Andy’s House which opened in October 2020.

The home is a place for people who have no need or desire to be in hospital but want a place to die with dignity.

Winspear says she’s also proud of how she’s helped Hospice go from 13 volunteers when she started to now closing it on 80. “It’s very difficult for residents within Muskoka to get the same level of services as they would in a major urban centre,” she says. “I feel that my job has been to try and expand opportunities and services for people who live in Muskoka because people deserve the right to choose no matter where they’re located.” Thanks to the increase in volunteers, Winspear says Hospice has been able to offer more services to more clients like the many different grief groups they offer. “That’s what I’m most proud of,” she says.

Winspear’s inspiration for getting involved with Hospice Muskoka dates back to 1995. Ironically, that’s also the year the local Hospice was founded.

At the time, Winspear grandmother was dying from pneumonia. “She was allergic to penicillin so she decided herself that she had a full life and wouldn’t take any more medication,” she explains. The elder Winspear lived for another week and a half before passing away, but in that time Sandra and her mother drove to Toronto to visit. They were taken to a four-bed ward. “There were three other people there and they all had families with them,” she says. “Everyone was laughing and crying and kibitzing and carrying on with life, but the fourth bed in the corner of the room with a privacy curtain around it, was my grandmother,” Winspear says. She ended up staying for well over an hour, singing to her grandmother and telling her stories to cheer her up.

“When I left I said to my mom ‘there’s got to be a better way for people to die,'” she says.

“My dream has always been that my grandmother’s story would one day be a mere acknowledgement of ignorance versus a deep regret that it is still happening to far too many, especially during this last year with COVID-19,” Winspear adds.

“It has truly been a gift to be a part of such a forward-thinking and responsive organization as Hospice Muskoka,” Winspear says. “I feel humbled and blessed to think of the individuals I have met in service, our hospice supporters, the many board members, staff, volunteers, like-minded service providers and community partners that I have had the privilege to work with over my tenure. It has been an exhilarating, rewarding, sometimes successful, other times frustrating journey, but well worth the effort when I think of what we have accomplished.