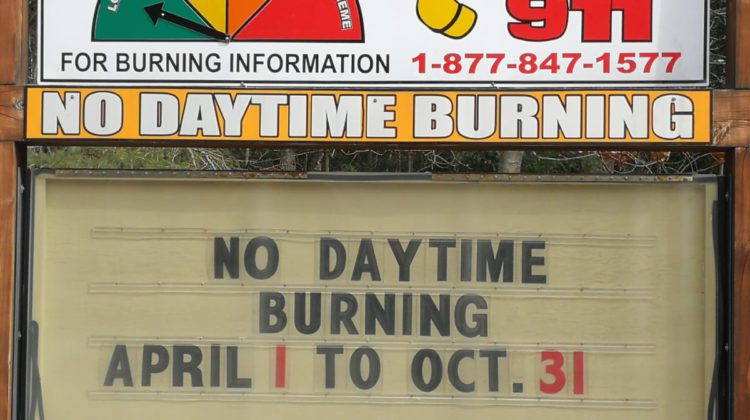 The Huntsville/Lake of Bays Fire Department (HLOB) was called to two unauthorized open-burning incidents in as many days.

Fire Prevention Officer Mike Vadlja says the materials being burned and the size of the fire was not within the guidelines listed in the town’s outdoor burning by-law, so the fires had to be extinguished.

The two separate property owners are now facing charges under the burning and fees/charges by-laws.

While the fines may vary between departments, Vadlja says in the area watched over by the HLOB Fire Department, fines range from $300 to $500 depending on the infraction and, if they need to bring equipment to the scene, the homeowner could be on the hook to cover the cost. He says the Ministry of Transportation rate for firetrucks is $488 per truck, per hour, on top of what it might cost to have firefighters respond.

A daytime burn ban is currently in effect for all of Muskoka. Vadlja explains the six fire departments in the district meet at 1 PM every day to go over the rating – which is currently set to low – and review if a change is needed. When they get together, he says they look at what the forecast will be for the next couple of weeks and if it looks like it might be getting drier, the rating may be changed.