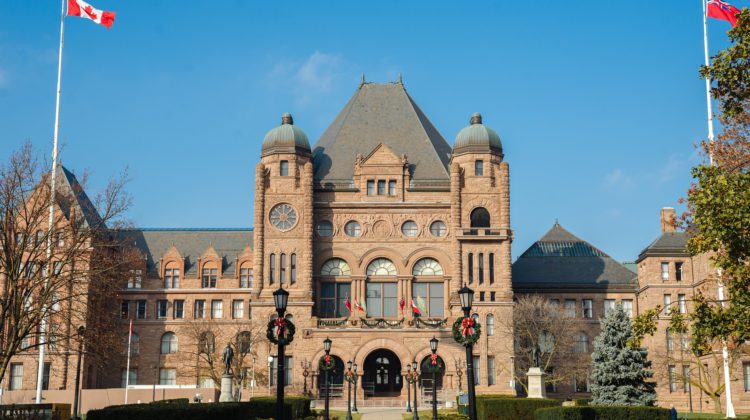 The NDP says they will refuse to cooperate with Premier Doug Ford’s plan to shut down the legislature by Wednesday.  Official Opposition Leader Andrea Horwath says until the Ford government has “reversed its dangerous police-state in its entirety” NDP MPPs will not support the shutdown.

Horwath says the NDP caucus has sent a list of demands to the province including:

“We are prepared to discuss how we can run the legislature with the minimum number of staff and MPPs, and with the strictest possible health protocols. We are not prepared to help Doug Ford go home, leaving a police-state in place while he allows COVID-19 to run rampant, overrun hospitals, and steal the lives of Ontarians who would otherwise make it through this,” said Horwath.

Saturday, the province walked back expanded police powers announced on Friday that allowed police to stop pedestrians and vehicles at random and demand to know why people were not in their homes.  Solicitor General Sylvia Jones said police won’t have the right to stop people out walking or driving and ask for a home address. Officers will only be able to stop those who they have reason to believe are taking part in an “organized public event or social gathering.”

Meanwhile, the Ford government has reached out to other provinces and asked for help to help control the COVID-19 pandemic in Ontario.  Newfoundland and Labrador has pledged to help with personnel, expertise, and extra equipment where capacity allows.  Nova Scotia’s Premier Iain Rankin says the province cannot give Ontario vaccines but is considering other assistance measures for Ontario. Manitoba and Saskatchewan say they are not prepared to help.

On Sunday Ontario reported another 4,250 new cases of COVID-19 and 18 people died in the last 24 hours.  Hospitalizations have surged above 2,100 and there are now 741 patients in intensive care units around the province battling the virus.