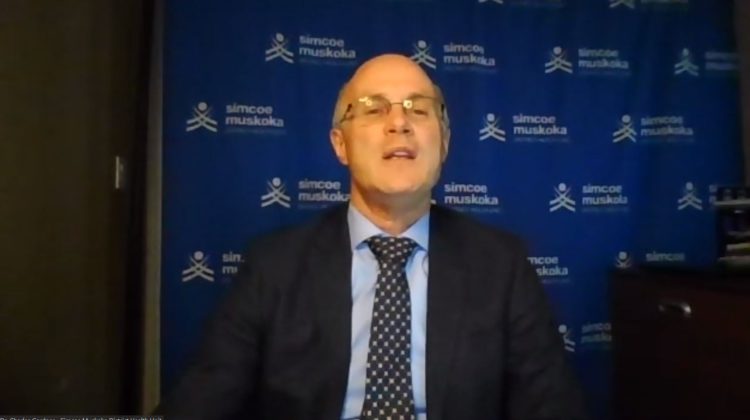 The Simcoe Muskoka District continues to see a sharp incline in COVID-19 cases.

In his weekly update, Medical Officer of Health Dr. Charles Gardner said cases in Muskoka are starting to increases as well, not only Simcoe.

Dr. Gardner said almost 20 percent of cases reported in both districts are a result of gathering that occurred over the Easter weekend.

The District of Muskoka’s test positivity, the percentage of tests coming back positive per day, has gone up from two percent to 3.9 percent this week, the highest in the district since the pandemic began.

Dr. Gardner also notes that Muskoka’s overall incidence of cases of 44 per 100,000 population, along with the 3.9 percent test positivity, would be categorized as red status.

He said that would be the first time they’ve been in the red since the health unit launched its dashboard.

He also explained that the 25 case jump that happened over the weekend was mainly from a cluster of individuals associated with a household.