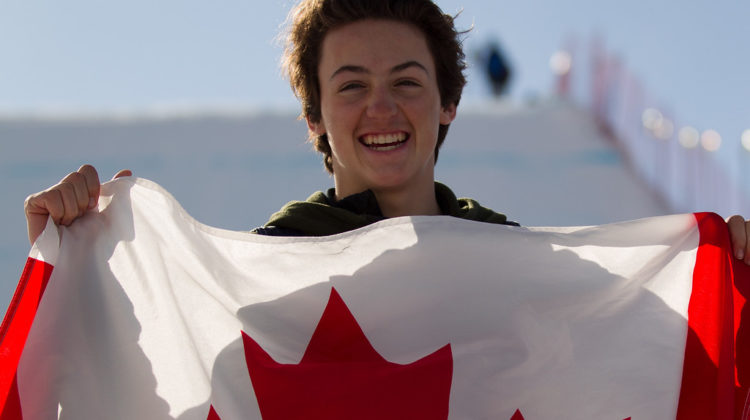 Gravenhurst resident Liam Brearley may still be relatively new to the scene, but he’s quickly making a name for himself on the slopes.

He says that was the last World Cup event of the year and it wraps up a very successful season for Brearley. In the 29 FIS events he took part in during the 2020/21 season, he finished on the podium 12 times. Brearley explains the season usually runs from late August through to the beginning of April. He says December is when he gets into the “thick of it.”

Brearley finished the World Cup season in third place behind Kleveland, but ahead of his teammate and 2018 Olympic silver medalist Max Parrot, who was in fourth.

Last year, Brearley made history when he became the first Canadian to capture three medals at the 2020 Winter Youth Olympics.

Despite being so young, he’s been going to World Cup competitions since he was 15. “I’m more used to it now and competing with those riders that I grew up watching,” Brearley tells the MyMuskokaNow.com newsroom. He adds that it’s “pretty crazy” being able to travel with the riders he looks up to. “This year I’ve travelled around with (Canada’s) national team and they obviously know all the other riders from around the world,” he says. “It’s cool getting to actually know what they’re like apart from their riding.”

Brearley says he goes to them a lot for tips, so it’s crazy to think that only a few years ago he was watching them at home.

On top of Switzerland, Brearley has travelled to the United States, Czech Republic, and Austria this year, on top of the trips he’s made to Sweden, New Zealand and Italy in years past. “It’s a lot of travelling,” he says, adding that the longest flight he’s ever been on was the 24 hours it took to get to Australia for a connecting flight to take him to New Zealand.

The qualification process, he explains, can get complicated. Brearley says that FIS puts on all the snow sports events. “Each Country is given a certain amount of spots (for athletes),” he says. For example, Canada may only be allowed to bring five riders to a certain event, so they will only take the top 5 riders in that discipline based on how many points they got at the previous FIS events. On top of the athletes, Brearley says two coaches, a trainer, and a social media coordinator will come with the team as they go around the world.

Brearley says when the season gets going, it’s non-stop. He says there’s usually a competition every two to three weeks. “We’ll be at a competition for a week, then we go somewhere else,” he explains. “Maybe somewhere in there we get a chance to train by ourselves. Maybe like a week to chill here and there.”

He points out that this year is difficult because of the COVID-19 pandemic. Every time he comes home from a competition he has to quarantine for two weeks.

Brearley says he just graduated High School, with the rest of his class set to walk across the virtual stage in June. He was fast-tracked through school since he was often missing classes to travel for competitions. Thankfully, he says his teachers have always been there to help him catch up. At 18, most kids are preparing for University or College, but Brearley says, for now, he’s staying focused on snowboarding. “Snowboarding is physically demanding, so you may not have the longest career so I may go to school at some point,” he says.

He says that the sport is a tough one. “Especially at our level when you’re hitting big jumps and big rails,” he says. Over the years, Brearley says he’s broken his tibia, both wrists, collarbone, and had two concussions. He adds that he’s “pretty sure” he’s broken his tailbone and has a knee injury from wakeboarding.

After such a long season you would think Brearley is ready to pack it in and spend time with his friends this summer, but that’s not the case: on top of being a champion snowboarder, he’s making a name for himself wakeboarding as well. He’s on the Wake Canada National “Elite Team.”