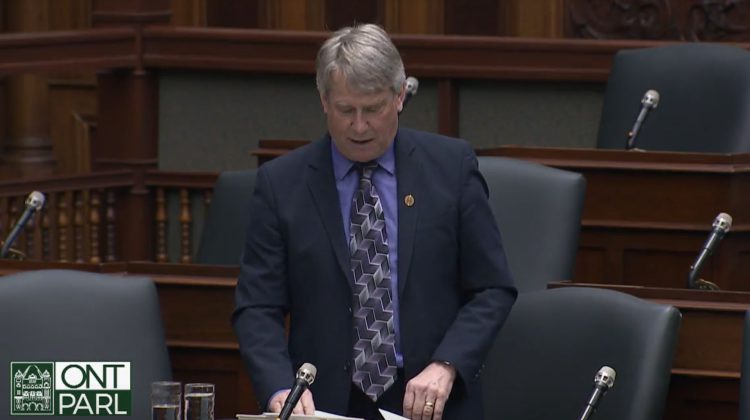 Miller explains the bill is designed to require polystyrene foam used for docks and other floating structures to be encapsulated in order to prevent pieces from breaking off and polluting the waterways. He specifically points to the Georgian Bay as a place where this is a big problem.

An amendment was passed so that the bill will apply when existing docks are rebuilt.

“Earlier in the week the Committee heard, over Zoom, from residents, municipalities and environmental groups, all of whom agreed that dock foam is a problem in Georgian Bay and other waterways and spoke in support of the bill,” Miller explains. He adds that 28 of the 30 written submissions made about the bill were in support of it. “The majority of those written submissions came from individuals who have had to clean up dock foam litter on the shores of Georgian Bay and many included photos of large and small pieces of dock foam they have picked up,” Miller says.

“An analysis of the Georgian Bay shoreline cleanup materials collected and Seabin contents, which is a new technology that is working really well, absolutely proves this,”  Executive Director of the Georgian Bay Association Rupert Kindersley tells the MyMuskokaNow.com newsroom. “Something like 95-percent of the plastics collected was blue polystyrene foam. There are reasonably priced alternatives that are available for construction of new docks and dock repairs.”

The next step for the bill is for third reading to be held. Miller says he’s hopeful that will happen “sometime this spring.”