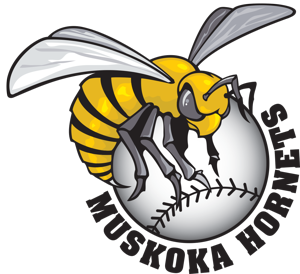 There will be a baseball season in Muskoka but there is no telling yet how it’s going to go.

“The baseball season is really going to be predicated on the health rules with respect to our ability to get back on the field. Given the Muskoka region is currently in the red zone, we have limitations with respect to our training, where we can only have a maximum of ten players training indoors at any time. So, we’re hopeful that our teams will be able to get outdoors and start training as soon as the diamonds dry out. We also hope that we will be given the green light to play some games against some teams in other communities,” said President of the Muskoka Hornets Baseball Association, Peter Haynes.

That was for their travelling teams; as for the house league teams that are based out of Huntsville, Haynes says they are taking the approach as if they are going to have a season and registrations for the 2021 season are already open.

“Our six travel teams in Muskoka have been training indoors based on the rules as much as they can. So, their actual gameplay season will start at the beginning of May, assuming it’s a normal start to the schedule. It’s quite possible that that schedule will be in the form of bubbles,” added Haynes.

As for the House League program, he says he expects their season will begin in the month of May as well if the weather is permitting.

“Given that the snow is melting early, I’m quite confident that we will be out on the diamond by the middle of May.”

With the snow now melting, Haynes says he feels that he, along with the players, are now getting that itch to play.

“Everybody’s got the spring itch right now to get outside. I know some of our coaches are even talking about parking lot practices just because they are drying out and in order to get the kids outside into the fresh air. That’s something I think, from a mental health perspective as well, it’s extremely important that we get our youth involved in the activities they’re used to being involved in and socializing with their friends. I’m hoping and fingers crossed that we can have some normalcy in our baseball season for 2021.”

Haynes went on to credit the hard work that was being put in by Baseball Ontario in order for them to even be able to have a season.

If you have any other questions or concerns regarding this season, you can visit the Muskoka Hornets website and can find them on social media.