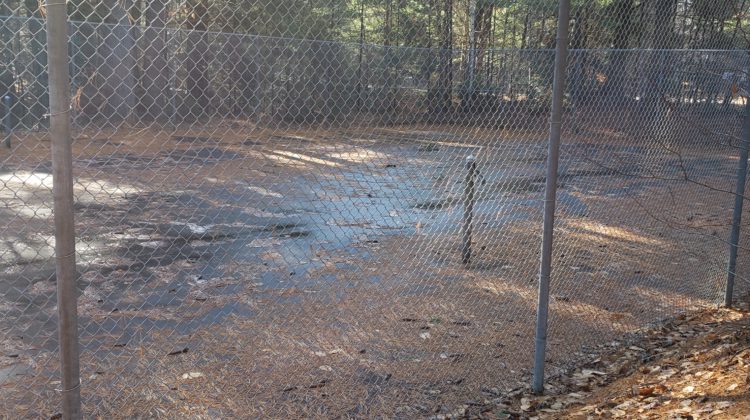 Photo Supplied By: Town of Huntsville

A $25,000 re-development project was approved for Clarke Crescent Park. Once the original plan for the project was released, it raised a lot of questions.

“We’ve had a few questions asked as a result of the initial post on social media, and one of the main questions was, why are the trees being cut down? The first answer to that question is, we haven’t determined if they are being cut down yet,” said Manager of Parks and Cemeteries, Colleen MacDonald.

She added that the main reason why they are thinking of removing some of the trees is that some create too much shade on the tennis courts and don’t allow them to dry fast enough after it rains. Another reason why they would get rid of a few trees is that; they also shed a lot of pine needles onto the courts.

“Among the options, do you want to see a facility replace exactly what is already there? If the tennis courts are to be reconstructed and freshened, then we need to do some tree removal to improve airflow and to allow some sunshine to get there so the surface can dry. Other options might be a multi-use space; Pickleball courts, Basket-Ball surface, that type of thing. So, that’s why we want to hear from the community as to what they want to see in that space,” said MacDonald

Once they’ve gathered all the input, the redevelopment will take place at some point in 2022

You have until April 23rd to submit your input and you can do so by visiting myhuntsville.ca