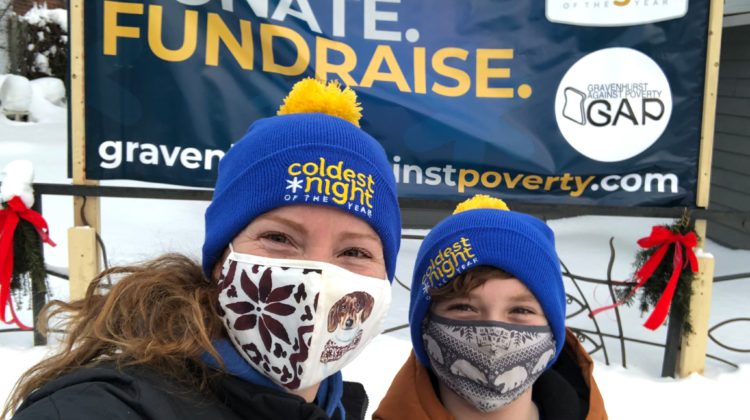 Constable Samantha Bigley with the Bracebridge OPP Detachment has been nominated for the Polices Services Hero of the Year Award.

“She helped connect me with the CMHA in order to get my anxiety diagnosed properly and indirectly helped me get connected with a local healthcare practitioner in Muskoka,” the anonymous nominator says on Police Services’ website. “She has been doing this for years and she always tries to find a way not only to enforce but also educate and support. And, most importantly, she does this every day with a smile on her face.”

Inspector Michael Burton is the Bracebridge Detachment Commander and says working with CMHA is just one aspect of Bigley’s job. He says she also works as the Media Officer. “She has a sincere, caring passion for those in our community,” he tells the MyMuskokaNow.com newsroom. “She takes pride in her work.”

“This is pretty humbling,” Bigley says of the nomination. She is one of 10 nominees. The winner will be announced in June.

“I’m grateful someone took the time to make that nomination,” she continues. Bigley credits the team she works with, pointing out that they work just as hard as she does for the community. She adds that she’s proud of the work she and the local detachment have done with CMHA since starting their partnership. “It’s nice to hear a positive story that somebody’s needs were met.”

Bigley says it may be “cliche” but her goal has always been to make the community better. “That was quite a number of years ago,” she jokes. Bigley credits the CMHA and the leadership around her for empowering her to be able to serve the community.

“Not only does she continue to serve the community as a cognizant and capable officer of the law, ensuring local safety, she also takes time each week to visit those in need of support whether they suffer from drug addiction or mental health issues,” the person who nominated Bigley added.

Burton says she’s done an “absolutely outstanding” job in “everything” they’ve asked her to do. “She does it with a smile on her face,” he adds.

Bigley says the partnership the detachment has with the CMHA was put in place prior to the COVID-19 pandemic and has continued with their outreach over the past year. “The outreach team has seen the significant impact that the pandemic has had on people’s ability to access assistance,” she says. Bigley points out that there are many people in the community that don’t have access to the internet so getting in touch is difficult. “I really look forward to the safe return of those resources to our community,” she says.