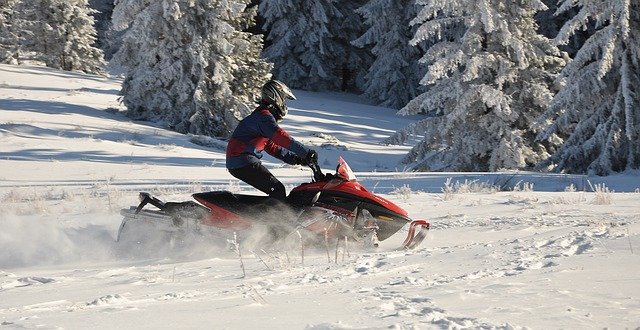 While the warm weather in Muskoka is good news for many, don’t count snowmobilers as part of that group.

According to the Ontario Federation of Snowmobile Clubs’ (OFSC) interactive trail guide, all of the sledding trails in Muskoka and the vast majority in the surrounding area have been closed.

“Unfortunately for every snowmobiler, spring never fails to come in March,” President of the Muskoka Sno-Bombers Kevin Alexander says. The warm weather and rain we’ve seen this week have “knocked the snow levels down,” according to Alexander. He adds that bodies of water and swamps are softening and creeks are now flowing, making the conditions on the trails unsafe for riding.

While some optimistic riders might be hoping one last snowfall could reopen some trails, Alexander says not to hold your breath. “My experience is that once you get into the March weather, it’s not often you see trails recover from closed status,” he says, adding that it’s not impossible some trails could reopen.

There are some trails listed on OSFC’s trail guide as yellow. Alexander explains that means they’re open, but the trails are not in ideal shape. Red, however, means the trails are closed. If you’re caught riding your sled on a closed trail, Alexander says you will be charged. He says there’s “quite a variety of fines” you could be hit with. However, the most significant thing that could happen has nothing to do with the police, but with private landowners. “If people choose to trespass, those trails might not return next year,” he cautions. Alexander points out that all the snowmobile trails in Bracebridge are on private land and most of the other ones in Muskoka are as well. “When (private landowners) see illegal activity happening on their property after the trails closed, it becomes problematic,” Alexander says.

With snowmobile season coming to a close, that means ATV season is coming up, but Alexander says you need to be patient. He says that if you take your four-wheeler on the trail now, you will run into the same issues as sledders: potential fines and private landowners revoking access to that trail. “Illegal activity is never going to be welcomed on private property,” Alexander warns.