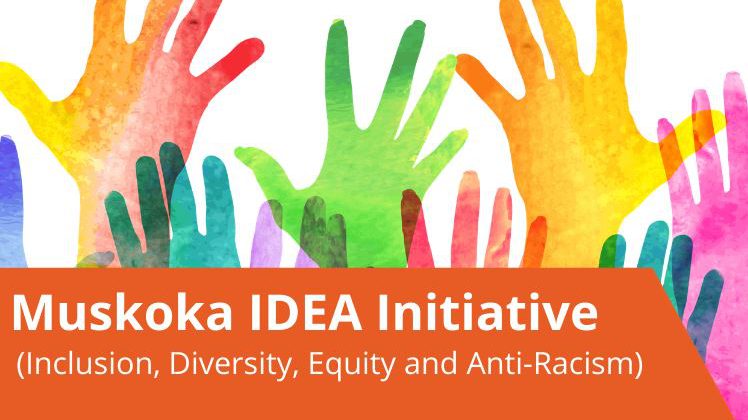 After getting input from 620 respondents, the interim report on the results of the Muskoka IDEA survey has been released.

I.D.E.A. stands for Inclusion, Diversity, Equity, and Anti-Racism. The survey was launched in November 2020. Team Lead Tina Kilbourne boasts they also had a lot of interest from people wanting to join the IDEA Advisory Group as well.

“That’s how we know this is a topic of importance to many,” she tells the MyMuskokaNow.com newsroom.

“Discrimination is a reality in communities across Canada and Muskoka is no different,” Kilbourne says of the report. She says 37-percent of respondents noted experiencing discrimination in Muskoka in the past 5 years. She says it was related to sex, age, orientation, political allegiance and skin colour.

“It’s not just the District (of Muskoka),” Kilbourne says, adding that other levels of government, businesses and the community need to be together on this. “Tackling this work successfully requires responsiveness and flexibility, and ultimately actions that embed the commitment to inclusion, diversity, equity and anti-racism in all we do.”

Once the members of the advisory groups are finalized, they will work together to create a Community Action Plan that will be voted on by District of Muskoka council. Before that, Kilbourne says the public can offer their insight on the results of the survey. The report will be finalized once those comments are received. You have until March 19th to comment on the interim report.

Kilbourne explains the action plan will have key goals and principles that District council will need to meet. She suggests it will be broken down into a multi-year plan, but that will be up to the groups to determine that.