Town of Bracebridge warns that flooding season is quickly approaching 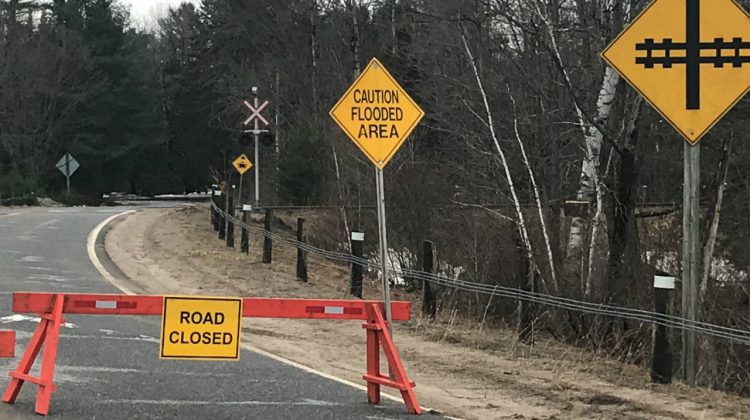 With the spring season quickly approaching, the Town of Bracebridge wants to make sure you’re prepared for potential flooding.

Deputy Fire Chief with the Bracebridge Fire Department Jared Cayley says if you live in a low-lying area that experienced flooding before, you should be preparing. “Have your 72 emergency kit ready,” he says. Cayley adds that you should be bringing any important things away from the edge of the water and out of your basement. He says you should also check to make sure your basement pump is working and, if possible, call an electrician to move your electrical panel higher on the wall. Cayley says it’s also important to have a plan in place for how to contact family members.

“We want people to be prepared and be informed,” Cayley says.

“People need to pay attention to the messaging from the (Ministry of Natural Resources and Forestry),” he says. Cayley explains they are responsible for the Muskoka watershed area. He adds that they are the ones who push out alerts about the watershed condition.

Cayley says the town will be giving regular updates as well.

“Hopefully we can get through this freshet season relatively dry,” he says, noting that predicting what could happen is difficult. Cayley explains the three determining factors in predicting potential flooding. The first is temperature. “Anyone that watches the seven-day forecast knows it changes a lot,” he says. The second factor is precipitation, which he says is just as difficult to predict. The last factor that’s looked at is snow-pack. Cayley says the Ministry of Natural Resources and Forestry (MNRF) has four measuring stations in Muskoka. He says they are all “a little above average” currently.

He says those factors make it hard to predict whether or not major flooding will happen, which is why it’s always important to be prepared for it to happen.