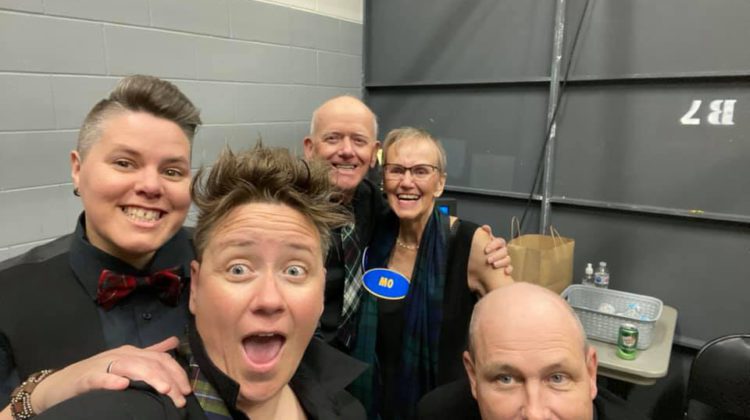 While they ended up with a $10,000 cheque, Autumn Smith says being able to bring joy to the community – and her parents – is what made going on Family Feud Canada worth it for Autumn Smith and her family.

“It really wasn’t about it winning,” she tells the MyMuskokaNow.com newsroom. “It was about bringing people together and doing something remarkable with our family.”

Smith says it “meant the world” to her parents Maureen and Sam to be able to go on the show, adding that her partner Sarah and brother Stewart loved the “thrill” of it all. “We’ve all done commercials,” she says. “That’s my family. We’ve even done theatre together.”

The two episodes they were on were taped in October, but the family couldn’t tell anyone about the results until the episodes aired on Tuesday and Wednesday. “Even our kids didn’t know,” she says, adding that she’s “terrible” at keeping secrets, so she’s proud she didn’t spoil it ahead of time. “It’s kind of fun knowing stuff no one else knows,” she adds.

The Smiths won the first episode they were on but lost the next night. She says they got their $10,000 cheque in December but didn’t know what to do with most of the money. Smith says they split it evenly between her parents, brother and her and her partner Sarah. Smith says the two of them used some of the money to buy Christmas presents for their kids and got snow tires with the rest being saved to eventually buy a house. “That sounds so boring,” she says.

Smith says the second game was much harder than the first but says the overall experience was great. “Gerry Dee is just the most personable human being on the planet,” she says of the show’s host, adding that he loved talking to her parents. “We didn’t get to hear about my Dad’s karaoke machine and how for their 50th wedding anniversary we had the cops show up because there were a bunch of geriatric people singing karaoke in our backyard,” she says while laughing. The episodes took about an hour to film but were cut down to 30 minutes when they aired. She says the producers were great because they helped calm her and her family’s nerves before the first episode.