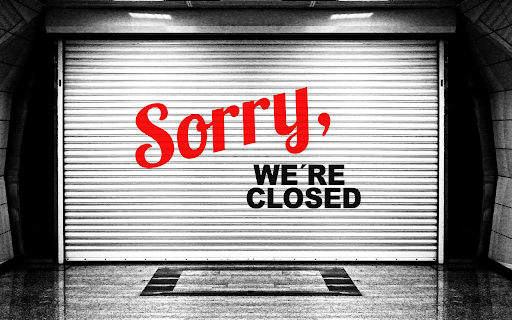 There’s a growing frustration amongst businesses in Muskoka as they’re in a third lockdown since Christmas.

“The discrepancies are what is really bothering people,” the owner of the recently opened fitness centre Hive Muskoka Fyonna Vanderwerf tells the MyMuskokaNow.com newsroom. The Simcoe Muskoka District Health Unit was moved into Grey-Lockdown on March 1st. It came two weeks after the region was moved into the Red-Control zone loosening the restrictions that were in place during the lockdown that the entire province had been in since Christmas.

Since opening her gym in August, she has been allowed to be open for less than 100 days and at no point has been able to be open to full capacity. Vanderwerf says her 7,300 square foot space has been limited to 15-percent capacity or less. She points out that she’s limited to the same amount of clients as a business the “quarter of her size.”

Vanderwerf says that the fitness industry should be deemed essential because of the positive impact it has on people’s mental health and well-being. The problem is that there’s been a lack of communication between the Simcoe Muskoka District Health Unit and businesses. “It’s a bit like operating while hearing a train coming and being in the middle of the tracks and wondering at what point you need to jump off,” she explains. Vanderwerf says she’s “flabbergasted” that her industry isn’t as important as getting a cup of coffee.

“Once I heard about the lockdown, I was upset,” the owner of Orbis Barbershop and Salon in Huntsville Stacey Thornton says. In the lead-up to the stricter measures being put in place, she says she worked 12 hours days to try and fit in as many clients as possible before having to close her doors.

Since December, Thornton says she’s only been able to open for less than two weeks. She says that if the Christmas lockdown was extended past February 12th, she would have had to close. She adds that being able to open in February allowed her to make enough to last another month. Thornton says she doesn’t want to have to operate on a month-to-month basis. She wants to know if she will be able to make this work long-term.

She says she will follow protocols but is frustrated that stricter ones are in place for her, but not for bigger retail stores. For her 1,000 square foot space, she’s required to keep all six stations six feet apart, everyone must wear a mask and clients can’t bring in anything other than “keys and their phone” Thornton explains. “You can take a person to Wal-Mart, you cannot take a person to my salon,” she says.

“I feel for them,” Parry-Sound Muskoka MPP Norm Miller says. He adds that he understands many people – especially businesses – are frustrated with how long this has gone on. “Frankly I think most of us were disappointed that Muskoka went back into grey lockdown,” he says.

Miller says he speaks regularly with the Simcoe Muskoka District Health Unit’s Medical Officer of Health Dr. Charles Gardner. He says he’s been lobbying to have the District of Muskoka’s COVID-19 data reported separately from Simcoe County’s, but has been unsuccessful so far. “I thought I was going to be successful a few weeks ago,” he says, but adds the rise of variants of concern locally threw a wrench in those plans.

“There’s certainly a light at the end of the tunnel,” Miller says, pointing out that with COVID-19 vaccines continuing to be distributed that will be “key” to reopening the province. “I’m doing everything I can on my end to get things safely reopened,” he says.

“Everybody, I think, who owns a small business in town is reaching a point where they say I am willing to go to this date then I have to close,” Vanderwerf says. She adds that some businesses having to consider if they will go “rogue” is unfair, considering many have been following the rules and going above and beyond to be safe. “I want to be a straight-up business owner that feels like their government and their town and the rule and regulations that are in place to help business success will support me,” she says.

“I don’t want to put anyone at risk,” she says, adding that she knows her regular clients will support her when she does reopen. Thornton says she knows that isn’t the case for everyone. “Knowing there are so many other businesses in Simcoe and Muskoka that are suffering is heartbreaking,” she says.

Dr. Gardner said Tuesday that he has instructed staff to be prepared for protests. “We respect the democratic rights of individuals to protest as long as it’s done in a lawful and safe way,” he said. Dr. Gardner adds that he’s also told staff to be “very careful” with businesses that are disobeying protocols and staying open. He said he wants them to take an educational approach given the “strong sentiment” at this time. “I want them to tally and note this for my communication with the province,” he said of the protests.

So far, he said his staff hasn’t heard of many businesses staying open or potential protests. “But that doesn’t mean it’s not there,” Dr. Gardner said.

“It’s not fair to put any business owner in that position (of having to protest),” Vanderwerf says. “But people are there in our community.”