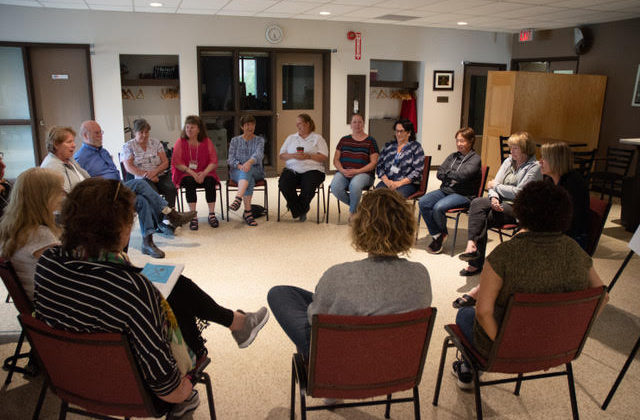 The three-year regional grant is to “provide a sustainable and transformative approach to poverty reduction that ensures everyone has enough reasons, resources and relationships in their lives to thrive,” according to officials with the YWCA.

Thanks to the funding, annual “Bridges out of Poverty” training will be made available for community members and services providers in Muskoka. The “Getting Ahead in a Just Getting by World” program is being expanded. It’s currently available in Bracebridge, Huntsville, and Gravenhurst.

Angell says the main focus will be on expanding the existing “Circles” program. “We’re essentially a community,” she says of the program that meets once a week. She explains the goal is to help families work their way out of poverty.

Angell says those who completed the 15 week Getting Ahead program are part of Circles. “They look at some of the resources in their life other than money,” she says about Getting Ahead. “They come out of getting ahead after 15 weeks with a future story.” Angell says the “next step” is taking part in Circles. She adds that officials with the YWCA found that Getting Ahead gave people in it the support they need, but others do need more support in terms of their social network. “For many people, it’s very hard because a lot of people who are in these situations struggle with other aspects like addiction, homelessness, or abuse that contribute to them being in this situation,” Angell says, adding that because of that they don’t have people who they can trust.

“Circles provide that intentional friend to a family or individual who is wanting to move forward,” Angell says.

The “intentional friend” comes in the form of a volunteer that has finished the Bridges program. Angell describes that program as one that “challenges people’s stereotypes.” She says she took it. “I’d been a high school teacher for 10 years, but didn’t realize how many stereotypes and prejudices I was subconsciously holding,” she says.

She adds that it’s likely Muskoka will host the Circles Canada conference in the “next few years.”